You are Here: Home » News » Local Sport » High fives all round for Chron Cup champ Leon

High fives all round for Chron Cup champ Leon 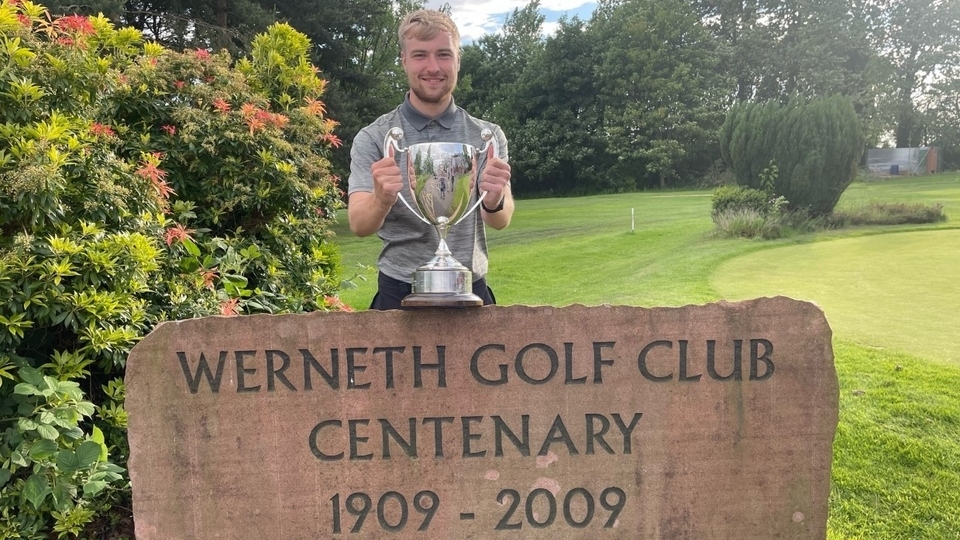 And the 19-year old did it in style with a fabulous five-under-par round of 80-17-63 to win by an impressive five-shot margin on his home course at Werneth.

With the 130-strong field struggling to come to terms with the windy conditions and some treacherous pin placements, Tessier was the only player under par,

He turned in 41 with three pars and six bogeys but then caught fire with four pars in a row including a fine 20-footer for par at the long 13th, the hardest hole on the card.

Even double bogeys at 14 and 17 could not detract and Tessier parred the last for his nett 63.

He was then both shocked and surprised when informed that his score was five better than any of the earlier players.

That margin stayed intact all day and a delighted Tessier received hearty congratulations from his fellow competitors… mindful of how good a score that was in such tough conditions.

“To win something with such a great tradition as my first victory is just amazing,” said Tessier, who was swift to call his single-figure handicap dad Simon who was on a family holiday to Cornwall.

Tessier jnr, a Failsworth lad who is doing a degree apprenticeship in construction, is fairly new to golf… having given up a promising football career with AVRO.

Runner-up was another Werneth player Graham Turner (79-11-68) on a card play-off.

The divisional prizes went to Ron Bowden (Werneth) and Wayne Adamson (Oldham) in the top bracket after a pair of 69s.

And two more home players in good friends Danny Wilkinson and Richard Reay in the upper having both shot nett 68s.

His 5-over total of 73 gave a clear indication how the tight pins put birdies at a premium.

The next District event in the golfing calendar sees the coveted 36-hole District Championship scratch event which is in its centenary year.

The event will be played concurrently with the 18-hole Centenary Trophy at Saddleworth on Saturday, July 2.