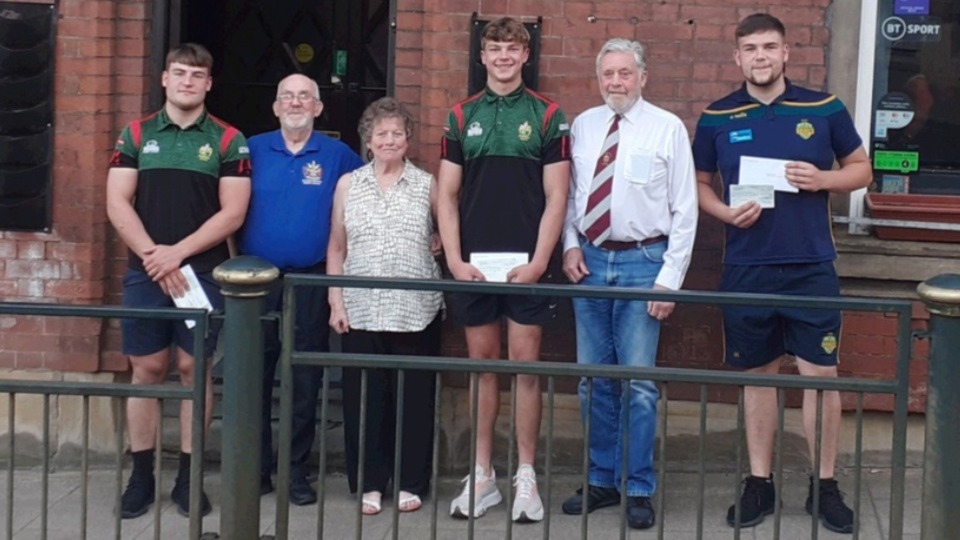 The selections of Waterhead’s Callum Murphy and Scott Parnaby, plus Dylan Turner of Oldham St Anne’s, to the 21-strong England under-19s Community Lions squad for the European Championships in Italy in September have been recognised by the Oldham Amateur League and the Oldham RLFC Players’ Association.

Callum, Scott and Dylan each received £200 from the Oldham Amateur League and £100 from the Players’ Association, which will also sponsor Higginshaw vs Waterhead seconds tomorrow (Saturday) on Oldham Edge and have a large presence at Sunday’s Betfred League One derby clash between Oldham and Rochdale Hornets at the Vestacare Stadium, where numerous Heritage number certificates will be presented to former players in the Hospitality suite.