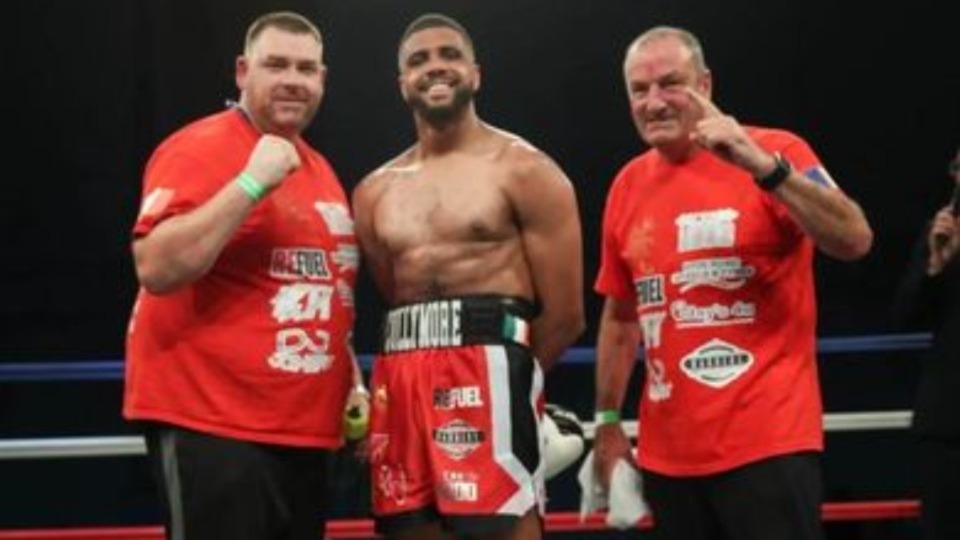 Boxing at the Blackflash Promotions show at the Oldham Leisure Centre, Collymore faced another very tough and durable opponent in Seamus Devlin, who was competing in his 36th fight in the last 12 months - a new record for an 'away' fighter.

Collymore stepped up to his first six-round fight and showed how comfortable he is as the rounds go on.

From the first bell to the last, it was a clinical, dominant and precise performance by Collymore as he scored a convincing 60-54 points win.

The referee came very close on a number of occasions to stopping the fight in the later rounds thanks to the ferocity and clinical body shots Collymore was landing.

Collymore's bout was arguably the fight of the night, with numerous members of the crowd expressing there admiration.

Collymore's next fight will be on September 24 at the AJ Bell Stadium in Salford.

It appears that Oldham has a new rising star and a potential future world champion.

Meanwhile, young Oldham prospect Ndaba Ndebele was victorious on his pro debut at his home town show on Saturday.