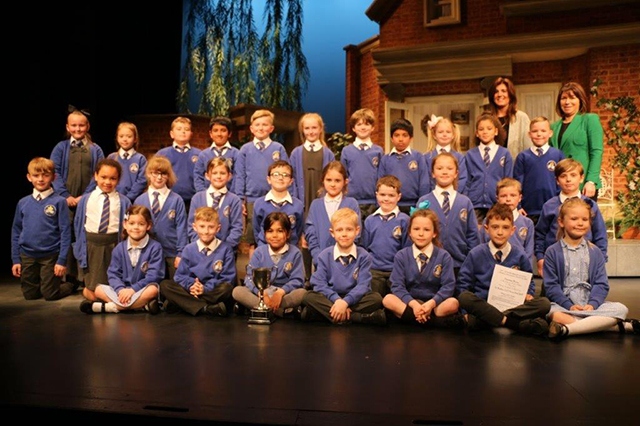 Master of Ceremonies Mel Farrar said: "The festival has again been a resounding success as the audience enjoyed a range of brilliant and often moving performances."

Now in its 34th year, the Choral Speaking Festival was the brainchild of former club member and deputy head teacher Mr Cleary, and since 1985 around 60,000 children have taken part

Rotary Club President Con Kelly said: “Though the club is widely involved with schools in the borough, the festival is the flagship of the club’s work in the community.

"We recognise the hard work of pupils and teachers ahead of the event and I am sure that the efforts the youngsters have made in learning the poetry they present will be repaid many times over in the years to come.”

International Adjudicator Ann Warr, who judged the entries, said: "It is such a pleasure to be involved in the Oldham festival which sets the standard locally and beyond for such events."