You are Here: Home » News » Community News » The Festival of Light is truly inspirational!

The Festival of Light is truly inspirational! 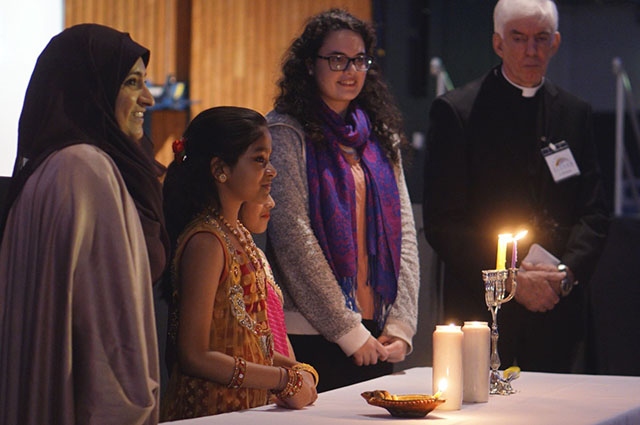 The Mayor of Oldham, Councillor Javid Iqbal, used his much-used phrase “aspire to inspire” to perfectly capture the atmosphere at the end of Oldham’s annual Festival of Light this week.

The Mayor insisted that this is precisely what the Festival had achieved.

Every seat was taken in the Queen Elizabeth Hall as over 400 people attended the event.

The Reverend Howard Sutcliffe opened the proceedings with an Oldham Poem in the style of Tony Walsh’s emotional 'Ode to Manchester' after the bombing at the Manchester Arena.

Reverend Sutcliffe evoked a sense of pride in Oldham and urged his listeners to stand together.

The audience was then regaled with performances of colourful and rhythmic singing and dancing from the rich diversity of Oldham’s communities. 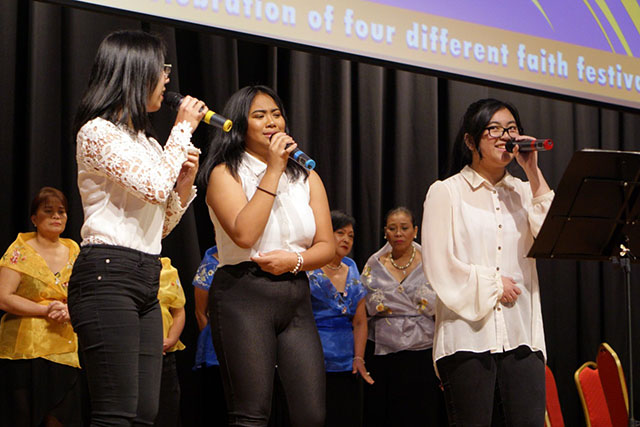 There was a first appearance at the Festival for the Filipino community (above) who transported many, in their imaginations, to the South Seas.

The Blue Coat School Brass Ensemble expertly evoked the spirit of Christmases past with their carols, and the performances were brought to a close with Indian Dhol drums and Lazium.

Interspersed among these performances were speakers from the Jewish, Hindu, Muslim and Christian faiths who explained the different festivals and the told stories behind them.

And then, in a spirit of fun, there was a quick interactive interfaith quiz which engaged the audience and proved a great success.