You are Here: Home » News » Street Angel Chris is a life-saver

Street Angel Chris is a life-saver 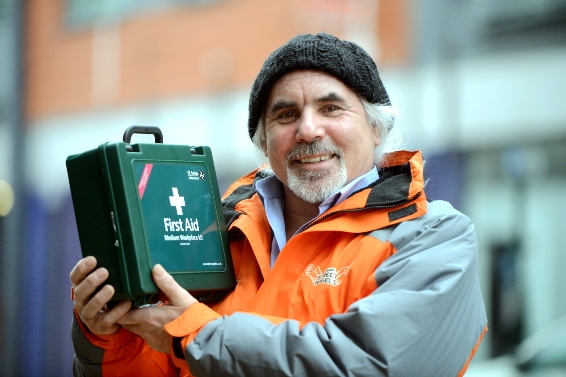 WHEN a young man was left for dead in Oldham town centre after being knocked down by a taxi-driver, a guardian angel watched over him.

The victim, James Childs, was left in the road not breathing and with a broken leg, and faced almost certain death until one of Oldham’s remarkable Street Angels saved his life.

The Oldham Street Angels are a group of volunteers who give up their weekend nights to help the vulnerable in the town centre.

Father-of-three Christopher Molden (61) was out with the team in the early hours of March 8 and sprung into action when he saw Mr Childs.

Chris tilted back Mr Childs’ head and opened his mouth and the victim started to breathe again.

The Evening Chronicle reported the story and Chris has now been nominated for a Pride in Oldham Award by several readers.

“I’m very proud and also very grateful that people have nominated me. It’s an honour,” he said.

“I was just pleased I could help him — that’s what we are there for. When we are able to help someone in this way and potentially save their life, it is all worth it.”