You are Here: Home » News » Lifestyle: Music  » Cotton Clouds III - the countdown is on

Cotton Clouds III - the countdown is on 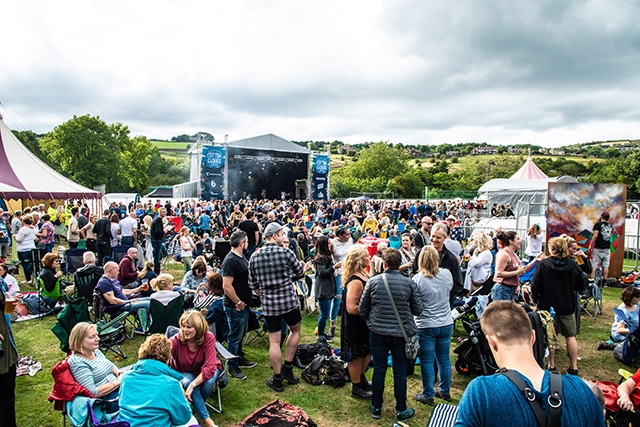 The third Cotton Clouds festival takes place at the same Saddleworth Cricket Club site on Friday and Saturday, August 16 and 17, 2019

Are you ready for the third annual Cotton Clouds festival?

It seems that live music fanatics from all over town are already gearing up for the next spectacular festival, which will take place at the same Saddleworth Cricket Club site on Friday and Saturday, August 16 and 17, 2019.

Early bird tickets have sold out already, with the next batch set to go on open sale from early December.

Joint organisers Rick Lees, his brother Max, and Luke Stanley, are sure to create another memorable live music and carnival extravaganza, with the 2019 line-up set to be revealed early in the New Year.

Rick told the Chronicle: “It’s brilliant news that the early birds went so quickly, because those tickets were for both days.

“It’s great that we can offer one ticket that covers both days right from the outset this time.

“We have moved a lot quicker on that this time, and the plan is to announce the line-up probably in mid-February.

“We knew who we wanted early on, and we knew what it would take to make it work.

“Now that we’ve been doing this for a few years, we’re getting to the point where there’s people out there that we wanted from the start.

“There’s so much more to booking the line-up than people think, though.

“Having said that, it does feel that we are in a much better place this time around.

“We’ve learned a lot about programming, and what works at what time and things like that. 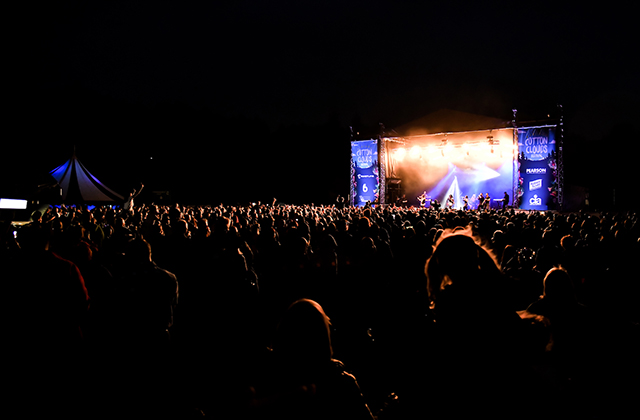 “We’re always going to be excited about the line-up, but it’s not just that.

“It’s the carnival stuff and everything else that gives Cotton Clouds a real festival vibe.

“It is something more than the music of course, all the kids loved it too.”

Cotton Clouds has wowed thousands of fans at the opening two festivals in 2017 and 2018, and Rick and his team have been delighted to have been nominated for Best Small Festival and Best Family Festival at the prestigious UK Festival Awards.

Looking back at the 2018 showpiece, Rick is understandably proud of the two memorable days.

Rick, who also confirmed the festival will stay as a two-day local event for the next few years at least, said: “As a result of adding the extra date this year we did get double the amount of people down, so it was a huge success on all fronts.

“Of course it’s now about growing it over the coming year.

“This year we made a lot of operational improvements, chiefly surrounding the bars and the food offerings.

“There was more choice all round, meaning no queues, and that was something we absolutely had to fix.

“Looking back, I think people realised we’d listened to them, and we did that.

“Overall, I think it was pretty much perfect, and those vibes came through after the event.

“The only minor thing was the Lightning Seeds over-running, but they went on stage late and they knew when they had to come off.

“If a band goes on late, they know they’ve got to cut some songs out of their set.

“There’s a big clock at the side of the stage, it’s very clear what the time is, but they just kept playing.

“Unfortunately, if we’d have let them carry on, the licensing people could have looked at it and even considered cancelling the second day.

“We just weren’t prepared to sacrifice that.”

The Cotton Clouds weekend is unsurprisingly a hectic one for Rick, Max, Luke and the team, but as well as revelling in terrific live performances from the likes of Sister Sledge, Star Sailor and Toploader, Rick particularly enjoyed the performances of some of the local bands who provided such amazing support.

“I thought all of the local bands were brilliant,” added Rick.

“The Recreation, Ambiere and Freeda were all amazing.

“We just need the next local band to really break through and enjoy some success.

“Other than that, I thought Hyde Park Brass stole the show, certainly in the smaller tents.”

You can also download the Cotton Clouds app onto your phone.