You are Here: Home » News » Latics » Consistency is key for Hunt

Consistency is key for Hunt 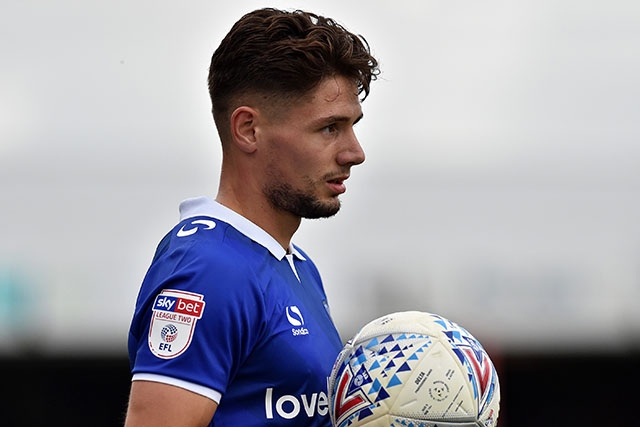 Defender Rob Hunt admits that improved consistency will be required if Athletic are to achieve their goal of promotion from League Two this term.

It’s been a tale of ups and downs this season for Frankie Bunn’s side, particularly at Boundary Park.

This past week has perfectly highlighted this, with Athletic bouncing back to beat Cheltenham 2-0 on Tuesday having been disappointingly defeated by struggling Port Vale 1-0 last weekend.

Former Brighton man Hunt (23) has made an eye-catching start to life in the fourth tier, playing in every league game so far, and with a degree of distinction.

“I feel fit, and I feel I’m helping the team where I can,” he said.

“It’s just about putting a run of performances together now, and I don’t just mean from me, that goes for the team as well.

“We’ll need to get that bit more consistency to get where we want to be.

“We’d had a hard week in the lead-up to the recent Carlisle game.

“We’d been away at Swindon and Mansfield – probably two of the better teams we’ve played in this division so far.

“We gained a couple of points and two clean sheets from those games, but now we need to get a bit consistent at home.

“When we play at home we dominate possession, it’s just about adding that end product.

“Reaching the play-offs is the minimum target for us this season.

“If we can just put a run of results together then who knows where we will end up?

“(In League Two) There’s a bit more longer ball and stuff like that, and corners and setpieces seem really vital in this league – that’s whether you’re attacking or defending them.

“Maybe in League One there’s better individual players within a team.

“Other than that, it’s just about consistency with results.

“I felt we had that earlier in the season, but right now maybe we need to be a bit more positive and take our chances when they come.”

Meanwhile, Dagenham-born Hunt and Chris O’Grady recently took in a recent trip back to school as part of a visit organised by Athletic’s Community Trust office.

“Of course it’s important for us to get out there,” said Hunt, who spent some time at the Willowpark Primary Academy in Derker with team-mate O’Grady.

“I remember when I was a kid at school, if any footballers or sports people came in to give a talk or a demo it was a brilliant experience for everyone.

“It was always great to get an insight into what these people get up to on and off the field.

“Chris and I loved giving something back to the community. The kids were brilliant.”