You are Here: Home » News » Latics » Will Scholes be a good Latics boss? Wild gives us his thoughts.

Will Scholes be a good Latics boss? Wild gives us his thoughts. 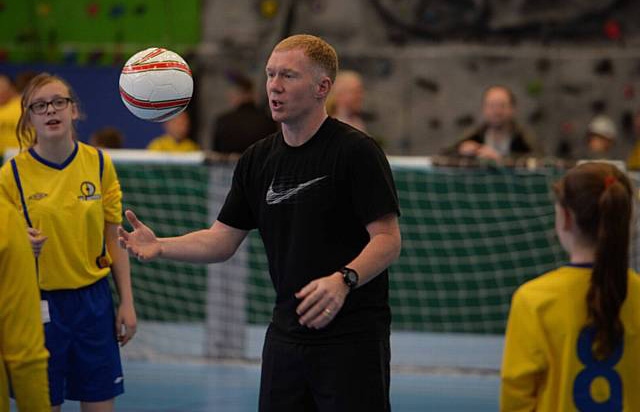 Latics caretaker boss Pete Wild will be in the dugout for Oldham's clash with Morecambe tomorrow (Saturday) and says he's in the dark as to when his replacement will be announced.

Earlier this week the Oldham Chronicle reported that former Manchester United player Paul Schloes was to take the vacant position on a permanent basis.

There's still no official word on when this appointment will be announced and Wild is prepared to lead the team until he's told otherwise:

"I just come into work every morning, prepare, meet the staff and the players ready for that day, ready for the next day. If it's me come the end of next week, I'll be ready and prepared to travel to Crawley next Saturday".

Wild was put in temporary charge on 27th December after the club sacked Frankie Bunn following a humiliating 6-0 defeat against Carlisle United.

The 33-year-old won three of his first four fixtures, including knocking Premier League Fulham out of the FA Cup, but in recent games results haven't quite gone his way with Latics losing their last three matches.

Wild, who is a massive Oldham fan thinks having such a high profile name as Paul Scholes in charge would be brilliant for the club:

"If it is Paul then fantastic, obvioulsy he's a high profile name, it brings a lot of attention to the club, hopefully a lot of investment, bums on seats and it gives the club a lift. And if it is him then great I'm sure all the fans will be more than happy to see Paul here."