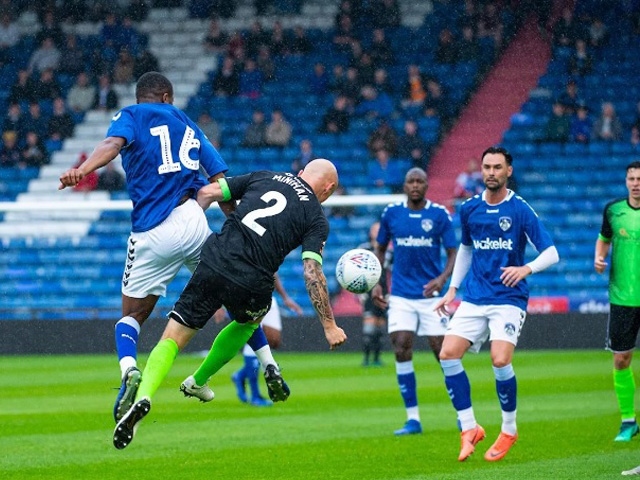 Oldham fell to a 2-0 defeat on Saturday.

It was a hastily-arranged friendly, after Oldham's original match with cash-strapped Bolton fell through.

Latics pulled the plug on that fixture over concerns that Bolton would not be able to field a competitive team.

Instead, Oldham took on Stockport County - who left Boundary Park with a 2-0 win.

It follows a 2-2 draw with Ashton United of the National League North and a 3-2 loss to League One Rochdale.

The Hatters were in front after just four minutes, when Ash Palmer headed a corner past Gary Woods.

On the stroke of half time, the visitors doubled their lead when Sam Walker placed a shot into the bottom corner - after Woods had initially made a good save from Conor Dimaio.

It will be a worry for Latics fans that their side barely threatened the Stockport goal.