You are Here: Home » News » Latics » New Oldham Athletic manager makes the most of his 'massive challenge'

New Oldham Athletic manager makes the most of his 'massive challenge' 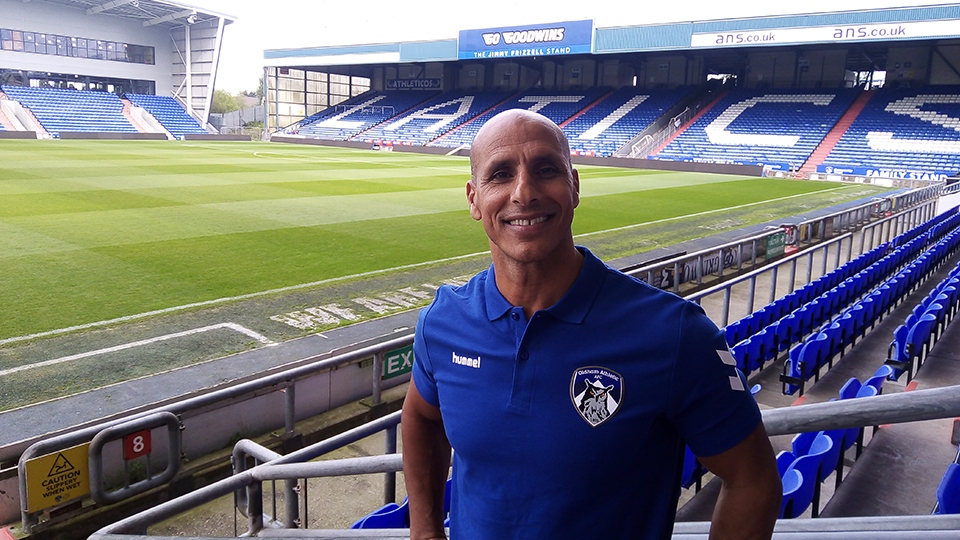 Dino Maamria is determined to make the most of his 'massive challenge' as manager of Oldham Athletic Football Club.

Maamria was appointed into his new position last Thursday, just hours after the Latics board had dispensed with the services of previous incumbent Laurent Banide.

Maamria himself had only been sacked by Stevenage less than a fortnight before Banide departed Latics after Boro endured a dismal start to the Sky Bet League Two campaign.

However, he had previously been hugely successful at Stevenage until the end of last season, something he feels helped him get the Boundary Park gig.

Maamria, whose first game in charge saw a 3-1 home win against Morecambe on Saturday, said at his official unveiling today: "Sometimes it is difficult to get back in management, so I guess I am fortunate.

"But the board at Oldham clearly took notice of what I'd achieved (in 18 months) at Stevenage.

"Last season we won 20 league games in narrowly missing out on the play-offs.

"I will be relentless in seeking wins and success at Oldham now.

"This club has been underachieving for too long. It's been in decline.

"Oldham is a big club in League Two and as far as I can see we can get back up to the Championship within two or three years.

"I want to get this club connecting with the fans again.

"This club has been in transition, but now's the time to stabilise, and I want to help do that.

"I've put myself under pressure coming here, but look at what the Cowley brothers achieved at Lincoln.

Maamria appears to have been a breath of fresh air around the club this past few days.

His next major task is to try and get another positive result on Saturday away at Carlisle United.

Maamria's footballing story is rather an inspirational one.

Born in Gafsa, Tunisia, 48 years ago, he came from a poor background.

The youngest of seven siblings - having five brothers and a sister - he lived in a tent until he was four years old.

His love of football began when Tunisia's national team shone at their first ever World Cup finals appearance at Argentina '78.

A young star at Tunisian side AS Marsa, Maamria's first visit to England came in 1996 after being spotted by Burnley's chief scout, Brian Miller, who was on holiday in the country at the time.

He was offered a two-week trial at Turf Moor, then after scoring in a reserve game against Bradford City, Maamria eventually signed a short-term deal.

However, he broke his leg towards the end of 1996 so never made it into the Clarets' first team before being released.

After that, though, Maamria did go on to forge a successful playing and coaching career in England.

He has subsequently coached or managed at Northwich, Southport, Nuneaton Town and Stevenage.