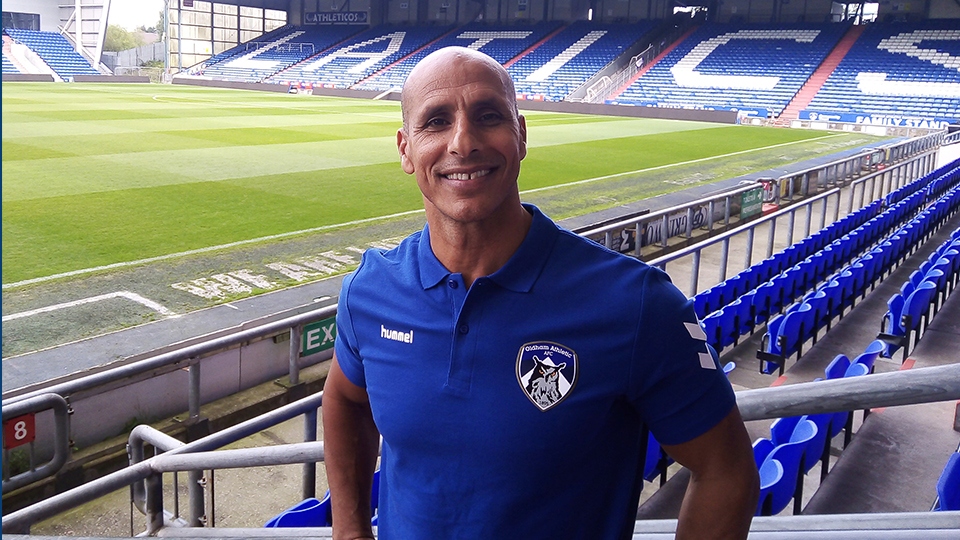 Oldham Athletic's Dino Maamria says he was left frustrated after the team's 3-0 defeat against Accrington Stanley in the Leasing.com Trophy at Boundary Park.

The Head Coach says: "It doesn't look good, no disrespect to Accrington they came here and beat us, it's not good and I think that it's a wake-up call for everyone.

"I think that the more I see of the players the more I learn about them. To be fair, I've got to be honest, I thought we started really bright on the front foot and we looked much better than them.

“But I think everybody in the stadium will be going home talking about the referee because I thought his performance was very poor and this competition mattered to us and I wanted to win the game.

“To end up playing the game with ten men and I was trying to protect some of my players for Saturday's game and couldn't even do that."

He added: "I've got to say some of the lads gave everything they've got like Christopher Missilou, Mohamad Sylla and I thought that the back four worked really hard as well, Tomas Egert got through 90 minutes but I didn't really want him to play 90 minutes.

“But, then I look at the other side of it I think some of the lads played are just not at the level that I need them to be and that's something to find out so it's going to be very difficult because we've got no depth in the squad whatsoever.

The squad were reduced to ten men after Dylan Fage received a red card just before half-time and Maamria believes it’s a learning curve for the youngster.

"Dylan has got to learn from that because it's amateur and unprofessional and I will fine him for that.

“You can't go into challenges like that and not just give the ball away, but to go in two-footed and cost us the game and cost his teammates.

“I think that it's a learning curve for him but we've got to deal with it in the right way and there is a lot of ill-discipline and I'm going to get on top of it and there is a lack of fitness as well especially from the squad players.

“I've got to be honest, I've told them that in the dressing room and I'm saying it now in front of everybody that's not the winning level that I require and I'm going to change things."