You are Here: Home » News » Latics » Latics manager looking for his players to bounce back against Leyton Orient 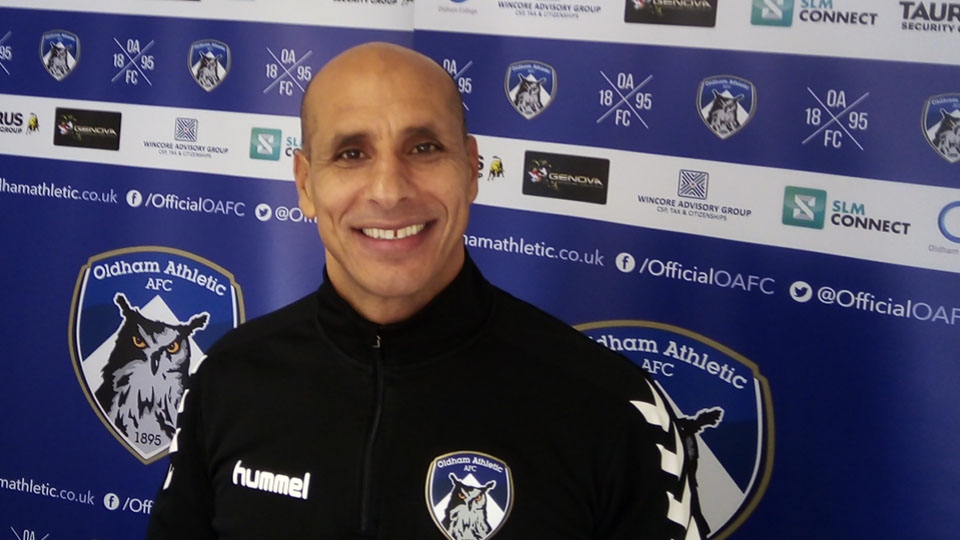 Dino Maamria is looking for his Latics players to show plenty of 'bouncebackability' this Saturday as the battle for vital Sky Bet League Two points resumes.

Latics welcome stuttering Leyton Orient to Boundary Park this weekend, no doubt desperate to cast the huge disappointment of being dumped out of the FA Cup aside.

Although Maamria's side only ended up missing out on a Cup third round home tie against Northampton following the 1-0 home defeat by Burton Albion, spirits have clearly been forceably lifted this week.

The O's arrive in town on Saturday, when a win for Latics would leapfrog them over Ross Embleton's men and hopefully up a clutch of places in the overall standings.

"Everybody was gutted after Saturday," said Maamria.

"We were unfortunate and it highlighted to me just how important it can be to score the first goal.

"The second half performance was the best half of the season I believe, though, so we need to build on that.

"There's only one competition for us to focus on now, and there's no question we've been improving of late.

"We look a lot more organised, a lot more solid, and we're not conceding anywhere near as many goals as we were.

"We're definitely a work in progress."

Latics will seek to extend an unbeaten league run of four matches this weekend, while the O's have struggled recently and, ahead of Wednesday night's EFL Trophy tie at Bristol Rovers, haven't won since mid-October, seven games ago.

However, Maamria always remains rather guarded when discussing forthcoming opposition.

The Latics gaffer said: "It's a big game at home for us on Saturday.

"There's been questions asked about Orient, but personally I don't think their results don't reflect the performances they've been putting in.

"Against Scunthorpe they dominated and lost 2-0, and when they lost 4-2 to Forest Green, that was never a 4-2 game in my eyes.

"They've got their threats, and good players with experience.

"We know we've got to improve, and following the mistakes we made against Burton, we've been working on certain areas this week."

Last week's new captures David Jones and Jean-Louis Akpa-Akpro could step up for starts this weekend after only making the bench in the FA Cup tie.

Midfielder Christopher Missilou is struggling with an ankle injury so may not be risked against Orient.

The only definite injury absentees are Chris Eagles and Johan Branger-Engone.