You are Here: Home » News » Latics » Latics fight back in 10 goal thriller

Latics fight back in 10 goal thriller 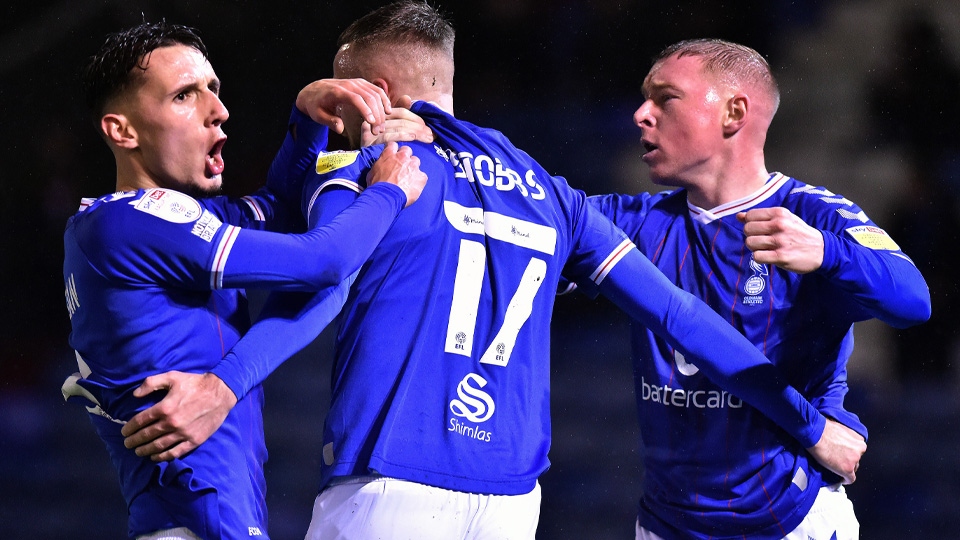 Inside a partially-gutted and rain-sodden Boundary Park, attending fans who chose not to ‘Empty the Park’ in protest of the club ownership witnessed a goal-fest for the ages.

As The Kaiser Chiefs’ ‘I Predict a Riot’ boomed out on the pre-match playlist, those who shared a similar prediction for the football match would have been in the majority.

What followed, however, no one could have predicted.

Oldham tried, and failed, to play the ball out as an animated Selim Benachour gesticulated wildly on the sidelines.

However, against the run of play the ball broke for Davis Keillor-Dunn (still the only player to score a first half goal for Oldham this season) after 11 minutes, who fizzed an incredible strike from 30 yards into the top corner.

But the joy was short-lived, as Jack Aitchinson was picked out in the box by a sly Kane Wilson pass to drill a low shot underneath the outcoming Jayson Leutwiler.

Indeed, Wilson was the source of much of his team's joy, marauding down the right flank again and again with frictionless ease.

On 27 minutes, in a carbon copy of the first goal, Jamille Matt broke free in the right hand side of the box to slide in an easy finish.

It looked to be open season as Matt scored again with a close range header just before the break, and Matthew Stevens converted from a cross at the start of the second half to make it four.

But Oldham rallied, with Hallam Hope pulling one back off the bench from an assertive Dylan Bahamboula delivery before Keillor-Dunn narrowed the margin to just one.

Stevens then gave Rovers a cushion again, before Jack Stobbs curled one in for 5-4 from the edge of the box.

Then the sublime became the ridiculous, Stobbs cross with 12 minutes to play bundled in for a Wilson own goal as Oldham pulled level.

It finished 5-5, Latics now cut adrift from safety by three points despite a remarkable, if baffling, display.