You are Here: Home » News » Latics » Boundary Park North Stand to be closed next season

Boundary Park North Stand to be closed next season 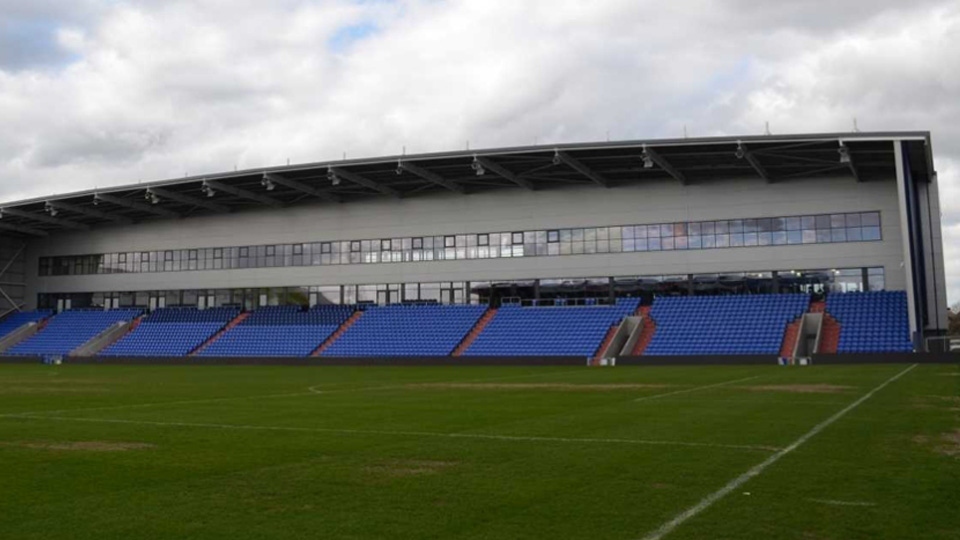 The North Stand at Boundary Park will be closed next season

Latics chiefs have cited cost concerns and potential safety issues for their decision not to utilise the Joe Royle (North) Stand at all next season.

The club issued a statement this morning (Tuesday) pointing out that 'relegation to the National League means that the club has had to consider many significant changes as to how it operates both on and off the pitch next season'.

As well as confirming that the other three sides of the Boundary Park stadium - the main stand, Rochdale Road end and Chadderton Road end - will be open for the National League campaign next term, the club statement went into further detail regarding the club's position.

The statement read: "The measures that are being taken are being introduced to save on expenditure and to ensure the safety of our fan base.

"It is stressed that these changes were finalised at a Board meeting today, where it was decided to immediately release the information via our media outlet.

"We hope our supporters understand the necessity for these economic and safety measures and seek the support of everyone who has the club’s best interests at heart."

Regarding the Joe Royle (North) Stand specifically, the statement went on: "The last time the stand was closed there was a lot of conjecture and criticism of the Club for not being sufficiently transparent with the fan base as to the reasons for closure.

"In the first instance costs need to be cut.

"The Football Club derives no income from the North Stand and in fact has to pay for the kiosks to be opened on matchday.

"On this occasion, fans are also entitled to know the details when safety and security are an issue.

"The Club has given careful thought to the manner in which these premises are operated and have assessed the evidence from recent events.

"The expertise and advice from the Safety Officer have been critical to our decision.

"We have a duty of care towards our supporters but unfortunately, we cannot guarantee the safety of our fans in that locality during the period contained within the Club’s Safety Certificate.

"The Board of Directors appreciate that counterclaims will be made about the decision that has been made, but it must be made clear that it is the club that decides which facilities it uses during the matchday event.

"The Club deeply regrets the non-use of the facility and appreciates that many fans enjoy the North Stand.

"Unfortunately, the Board of Directors cannot compromise themselves or the Club in certain circumstances.

"Recent events have also revealed that the management of the North Stand are not prepared to work with Senior Officials and this seriously compromises the Club.

"Fans should be aware that Football Regulations do not allow for the movement of fans from one section of the ground to another during the Certificate hours.

"Fans will therefore be required to enter their designated area of the Stadium on arrival and remain in the section to which their ticket applies."

The statement ends by assuring fans who have already purchased season tickets in the Joe Royle (North) Stand that they will be prioritised for relocating and will the recipients of a gesture of goodwill.

One said on social media: "A shambles from top to bottom - no other words."

Another added: "The timing of the latest statement says it all to me.

"The fans unite and get the Bolton friendly cancelled and the day after the club shut the best facilities in the ground.

"Absolute disgrace and a clear sign that worse things are still to come!"

Another fan made an interesting point, stating: "Folk really do need to read the Club statement regarding the North Stand.

"It's an attack on the people who manage it."

Meanwhile, on the same day it was announced that former skipper Carl Piergianni had been released yesterday, Stevenage - Latics' relegation rivals last season - announced that the big defender had signed for them.