You are Here: Home » News » Roughyeds » Oldham snap up Calland 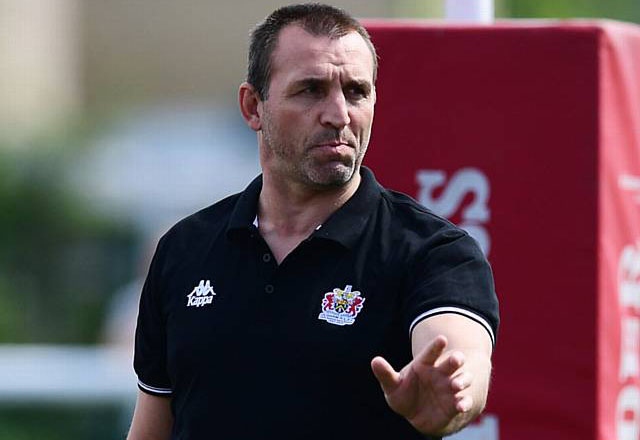 Oldham have signed a young second-rower who will have the unenviable task of replacing Hull FC-bound Danny Langtree.

Ben Calland (22) has signed a one-year agreement, linking up with good friends Liam Bent and Matty Wilkinson, with whom he played in a Salford Red Devils academy side which Bent captained.

"Benty and I are big mates and I know Matty well too," said Calland, younger brother of Matt Calland, who is well known locally for his connections with Mayfield and Hopwood Hall and previously with Rochdale Hornets and Oldham St Anne's.

As  a much younger sibling it was no surprise that Ben surrendered a promising future in  judo to follow big brother into rugby league.

He started as a boy with Haydock Warriors and then Blackbrook, the St Helens community club that has a phenomenal reputation for producing top-line professionals, before graduating to scholarship schemes at Saints and Wigan and then signing for Salford.

He had two years with the Red Devils, having signed when he was 18, and then had a season in Australia playing for Corrimal Cougars, a Country club based in the Illawarra region of New South Wales.

It was while he was Down Under that the Aussies switched him from centre to second-row - the spot he now prefers and the position where Scott Naylor plans to use him.

Said Naylor: "He came back from Australia and signed for Newcastle Thunder but for whatever reason things didn't work out for him up there.

"As a Wigan lad he knows the game inside out. He's a big lad too.

"He sees his move to us as a fresh start and I'm looking forward to working with him. He is really keen to come to us.

"He can play centre or second-row but I see him as a second-row and I'll be looking to him to fill the gap left by Danny Langtree's departure."

He said: "I'm excited by the prospect of being coached by Scott, who has been to the top, done it all himself and knows what it's all about.

"As a centre, he'll be very intricate and I like that; I like playing chess-board rugby where a lot of thinking goes into it."