You are Here: Home » News » Roughyeds » Owen 'over the moon' to be handed the armband again

Owen 'over the moon' to be handed the armband again 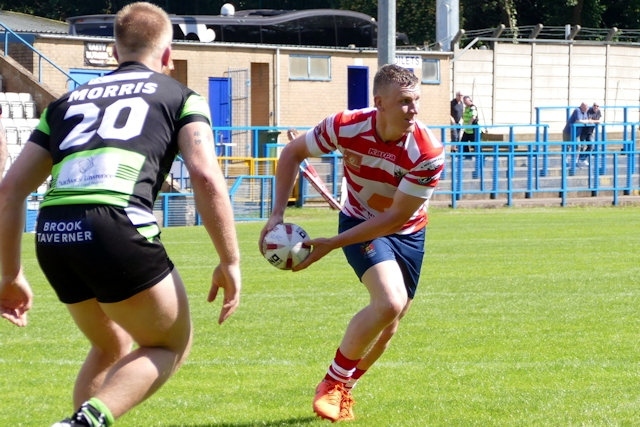 Gareth Owen will again captain a new-look Oldham in the 2019 Betfred League 1 campaign.

He has signed another one-year deal and coach Scott Naylor has since confirmed that the 26-year-old hooker will lead the side for the third successive season.

Said team boss Naylor: "When we were looking at who we wanted to stay at the club next year, Gaz Owen was right up there.

"You always think lads like him, local, loves the club, loves the town, will want to stay, but you can never be sure.

"He's an integral part of the team and I thought he grew into the captaincy last season.

"He became a leader with a calming influence both on the field and in the dressing rooms.

"It was very important that he stayed with us."

His first season as captain, 2017, was marred by a freak foot injury which sidelined him for the best part of a year.

It was one of several season-ending injuries which resulted in relegation after two seasons in the Championship.

Last season the target was a first-time-of-asking promotion from League 1, but that didn't happen either despite a mid-season run of eight wins on the bounce.

"It's been said many times before and by many other players, but it's a fact . . . we lost too many tight games by very few points and it was that inability to win those close games that ultimately cost us dearly.

"If we had won just a couple of them it could have been a very different season for us, but it wasn't to be and that's the game we're involved in.

"We have to move on and make sure we do better next season and get promoted.

"On a personal note I'm over the moon to sign and to be offered the captaincy again. As long as Oldham wanted me I wasn't going anywhere.

"I'm starting to enjoy the role of captain and all the extra responsibility that comes with it.

"Hopefully I can do a good job for the lads next year and together we can get the club where we want to be in the Championship.

"We've lost some good players but the new signings we are making are exciting (Danny Grimshaw, Ben Calland and Richie Hawkyard so far, with more expected soon) and hopefully they will improve us.

"If they do the job they've been signed to do, they'll help us to get up into the Championship.

"These men are not coming to fill gaps -- they're experienced players who are coming to improve us .

"It's all very positive and very exciting."