You are Here: Home » News » Roughyeds » Kershaw wings in on a season-long deal

Kershaw wings in on a season-long deal 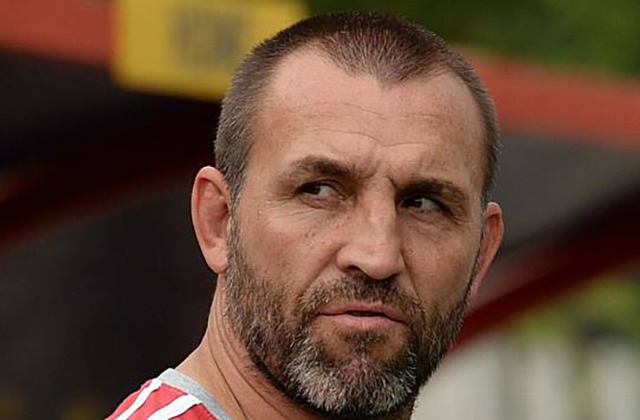 Oldham have confirmed that teenage winger Lee Kershaw will be back at the Vestacare Stadium soon on a season-long loan from Wakefield Trinity.

The 19-year-old scored 11 tries in 20 games while with the Roughyeds on comparatively short loan agreements last season, and coach Scott Naylor is delighted he’ll be back.

“This is, without doubt, one of the most important deals we’ve managed to pull off,” said Naylor, adding that Kershaw finished the 2018 campaign among the top three Oldham players.

Tough, rugged, elusive and exceptionally strong for a 19-year-old, Kershaw is already a fans’ favourite at Oldham, and he will be keen to impress further in 2019 in order to enhance his chances of earning a new contract at Wakefield.

“I’ll be 20 next May and that’s scary,” said Bradford-born Lee, who described his first taste of senior open-age rugby last season as ‘a great experience.'”

He added: “Some teams were tougher opponents than others, but there are a lot of good players in League 1 and, ‘overall’ the standard is a lot better than what I was used to in under-19s rugby.

“I’ve had a lot of good people around me and I would like to think we are one of the better teams in that division.

“The target next season, as always, will be promotion.

"We don’t want to hang around too long in this division.We deserve to be up.

“The lowlight last season was defeat by Keighley Cougars at their place on a Friday night.

"We were poor that night, but we showed what we could do when we beat Whitehaven at home not long afterwards.

“We didn’t make mistakes and that made all the difference.

“I’m still only a young bloke and I like to think I’ve got a bit to look forward to in the sport as I get a bit older.”

Lee’s short-term ambition is to win a new contract at Wakefield; to help Oldham to promotion; and, in so doing, to get as much experience as he possibly can.

Long-term he wants to earn a regular place in the Trinity senior side.

Giving the club’s view on Kershaw and his commitment for the full season, Naylor said: “He was very young and very raw when he first arrived but he got better and better as the season progressed and by the end he was in our top three.

“Hopefully, he’ll be with us for the full season but if he were to be recalled to get a bit of game time in Super League he would go with our blessing and our best wishes.

“I can only see him getting better and eventually going a long way in the game.

“To have him with us for another year was the right decision by all the people concerned, not least the lad himself, because he’s still very young and learning all the time.”

Naylor now has 22 players at his disposal . . . and counting!