Roughyeds gearing up for new season 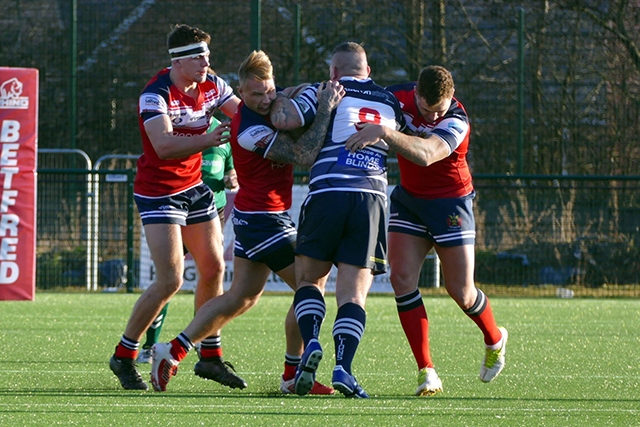 The Roughyeds' are planning an opposed friendly against a super league academy after the bad weather has hampered their preparations for the new season.

The recent snow and ice postponed Oldham's fourth and final pre-season run-out against Newcastle Thunder which had raised concerns they might have to go into the opening game against Workington Town having gone three weeks without a game.

With the Championship season already under way and five League 1 teams in friendly action this weekend, Roughyeds were unable to find any more pre-season opponents after turning over Championship outfits Barrow Raiders and Rochdale Hornets before going down narrowly at Swinton Lions.

They're now trying for the next best thing -- real tackling in an opposed training session -- to make sure Naylor's new-look outfit stays in tip-top shape for the visit of Leon Pryce's canny Cumbrians.

Like Oldham and Newcastle, Workington have made no secret of their promotion intentions this year and Roughyeds know they will have to kick-off in top gear in order to make a winning start.

Naylor had intended to use 21 players against Thunder -- the 20 on duty at Swinton the previous week plus, for the first time this season, centre Danny Grimshaw.

'Grimmer' has been battling to beat a hamstring problem but, happily, it looks as though he could be in contention for next week's  big opener.

"We've one or two knocks and bumps, but nothing serious," added Naylor, who expects to have everyone available apart from long-term casualties Paul Crook and Ben Davies plus the suspended Danny Bridge.