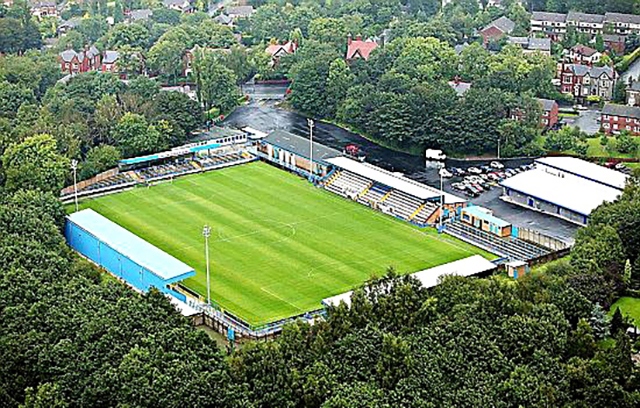 As with all shared-gate cup-ties, season tickets are invalid with the exception of junior season-ticket holders who will again get in free on production of their season-ticket book on the day.

Said Oldham RLFC chairman Chris Hamilton: "In consultation with Widnes it became apparent that the Vestacare Stadium capacity would be insufficient for the anticipated attendance.

"Widnes fans are expected to travel in large numbers following their club's recent battle against liquidation and, subsequently, a successful takeover.

"We had to find an alternative venue so we will return to Bower Fold, home of Stalybridge Celtic, which is very familiar to Oldham fans.

"I would again like to thank Celtic chairman Rob Gorski and the Stalybridge club for accommodating us.

"We are hoping for a big turn-out, given that it's a long time since we last played Widnes at home.

"We have kept admission prices the same as a Betfred League 1 match to reward our loyal fans for their continuing and totally committed backing.

"We hope to see as many Roughyeds supporters as possible at the Vestacare Stadium this Sunday (March 24) for the visit of London Skolars and then at Bower Fold a week later for the Widnes cup-tie."

The Vikings lost some players during their financial problems but they've managed to retain most of the squad which has already cleared off all but two of a 12-points deduction for going into administration.

They prop up the Championship with minus-two points but their strength and current form is reflected in three wins out of three since the club was saved and taken over by a new board of directors.

Kieron Purtill's side have won each of their last three games --- 44-22 against Featherstone Rovers at home, 20-6 at Barrow Raiders and 25-20 against Bradford Bulls in a Halton Stadium that was rocking with a crowd of 5,335.

Potentially, Roughyeds are looking at a record crowd for an Oldham RLFC (1997) Ltd home game, but before that they have a very important Betfred League 1 clash with Skolars at the Vestacare Stadium this Sunday (3pm).

Winger Aaron Jones-Bishop and play-anywhere Anthony Bowman, who was 27 yesterday (Mon), are each banned for two matches by the RFL for offences in the last-gasp win at North Wales Crusaders.

They will sit out the games against Skolars and then Widnes in the cup.