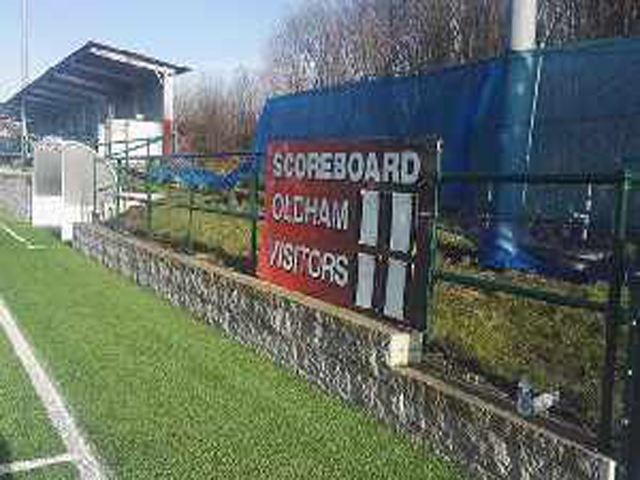 Oldham swooped to make two more loan signings, bringing in Wakefield's Luke Hooley and Rochdale's Declan Kay on deals to the end of the season.

Hooley, Kay and Featherstone's Kiedan Hartley, who was signed last  night, are all eligible to play this weekend in the big game against Newcastle Thunder at the Vestacare Stadium on Sunday 11th August. (3pm kick-off).

Coupled with last week's recruitment of Ed Smith and Jimmy Beckett, Roughyeds have topped up their squad before tomorrow's signing deadline with the capture of five new players, although they have lost the services of winger Lee Kershaw, who has been recalled by Wakefield Trinity.

In total Roughyeds now have six players on loan - Adam Brook, Harry Aaronson, Beckett, Hartley, Hooley and Kay - but they can only play a maximum of five at any one time.

Hooley (21) needs no introduction to Roughyeds fans, having had two loan spells with the club previously.

He said: "I enjoyed my time at Oldham on the last two spells I had over there and I am very happy to go back.

"It's a good place to be and it will be nice to meet up again with a few familiar faces.

"I'm going to do a job and, hopefully, to help the other lads to get Oldham to where they belong in the Championship."

Declan Kay (22) is a Wigan lad who also plays full-back or wing.

Having been at St Cuthbert's and Shevington Sharks, he signed for Warrington at the age of 16 and he was there until two years ago when he joined Rochdale, first on dual-reg and then permanently on contract.

He said: "I'm looking forward to joining Oldham for the rest of the season.

"It's a very important period for the club with four key league games left and then, in all probability, a battle to win promotion through the play-offs.

"Hopefully, we can beat Newcastle on Sunday and then move on from there."