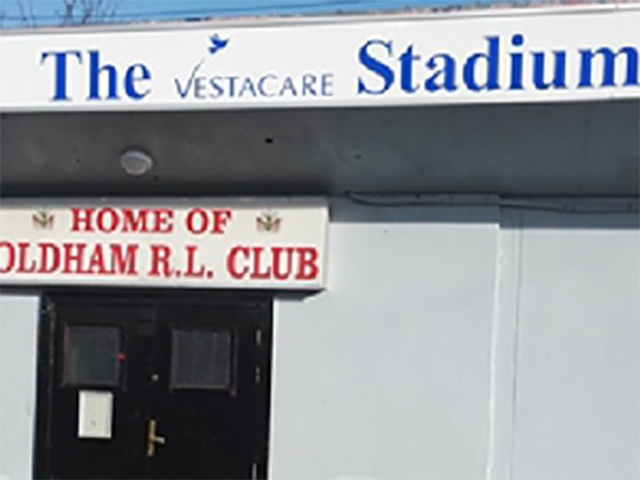 CHASING promotion and placed second to Whitehaven in the Betfred League 1 table, Oldham's last home game of the regular season against Doncaster on Sunday will be no ordinary affair.

Oldham could go top if they win and leaders Whitehaven slip up at Keighley.

After providing sporting entertainment of the highest calibre in beating big-spenders Newcastle Thunder 28-20, Roughyeds deserve to pull in their biggest crowd of the season.

Lifelong rugby league fan Ron Whisker, from York, said: "It was a fantastic game. I've watched two Super League games and a Championship game recently and none of them could match the Oldham-Thunder game for entertainment value."

Watched by Andy Wilson, the RFL's head of communications, Roughyeds had a curtain-raiser featuring Waterhead and Westhoughton Lions under-7s; flag bearers; player escorts; and a visit by the local Foodbank.

Then the players went out and produced a marvellous second-half performance to become the first side to beat Thunder in more than two months.

The game was a terrific advert for League 1 with quality rugby league played in a great spirit -- tough but fair --- and well handled by Aussie referee Matt Rossleigh.

Now, three wins from their last three games and Roughyeds will be guaranteed second place and pole position in the play-offs.

Given that Doncaster have beaten Roughyeds twice already this season -- 24-12 here in the 1895 Cup and 31-0 at Doncaster in the league -- Roughyeds have plenty of avenging to do against a side that, down the years, has become something of a bogey team.

This last home game of the season in the regular fixture list will double-up as the club's Mayoral and 999 Day with visits by the Mayor of Oldham, Councillor Ginny Alexander and her Consort husband Adrian Alaxander, the former Oldham RLFC forward as well as other dignitaries.

The Emergency Services will be present and on production of ID cards all who work for Police, Ambulance, Fire Services and NHS will gain admission for £9.99.

Turnstiles will open at 1pm and there will be a full programme of entertainments for adults and children alike, helping to raise money for the club and the Mayor's charities.

For £1 fans can have their pictures taken with the Rugby League World Cup.

There will also be tombola (more than 75 prizes); hook a duck; throwing wet sponges at players (and maybe the chairman), hoopla, ice cream van, face painting, beer tent and loads more . . . plus a quality, top-of-the-table rugby league game to boot.

If it's half as good as the Oldham-Thunder game it will be well worth a visit.