You are Here: Home » News » Roughyeds » Hawkyard goes back to Keighley

Hawkyard goes back to Keighley 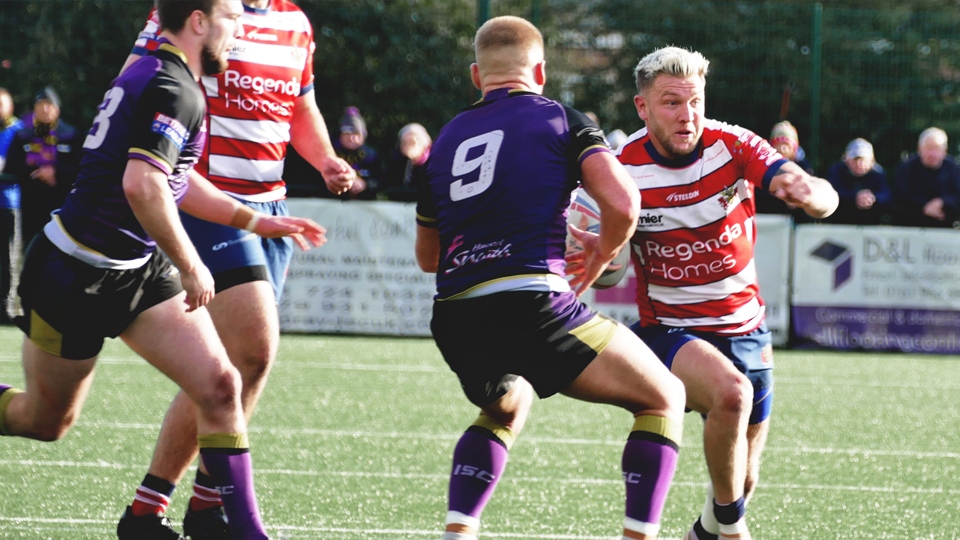 Full-back Ritchie Hawkyard, who had a magnificent season and played a major role in Oldham's promotion to the Betfred Championship, has returned to his former club Keighley Cougars in League One.

The 33-year-old former Swinton Lions stalwart has said the greater physical demands of the Championship wouldn't allow him to play as he himself would want to play.

He has signed a one-year deal at Keighley, who have shown their ambition for next season by also snapping up Jake Webster from Bradford Bulls and another former Oldham player, Mo Agoro, from Newcastle Thunder.

In 2018, his third and last season at Cougar Park before his move to Oldham, Hawkyard won three individual awards, including the club's Man of Steel.

"They were fantastic from day one and I'm so glad we could finish on a high and take Oldham back to where they rightfully belong.

"I'm getting no younger and in all honesty I don't believe my body could take all the hits and I wouldn't be able to give 110 per cent week in and week out  in the Championship, so I believe this was best for both parties.

"I came and succeeded  in what I set out to achieve at Oldham. Now I move back to Cougar Park to finish some unfinished business that I set out to do four seasons ago and take Keighley back in to the Championship."

He scored 12 tries in 22 appearances in his one and only season at Oldham. He was outstanding in most games and won several man-of-the-match awards, including the individual accolade in the Promotion Final against Newcastle Thunder, which Roughyeds won 18-12.

He later said he was carrying several knocks and gave a broad hint that he was considering his future, while advancing the opinion that Oldham would go well in the Championship if they could replicate the enthusiasm and the togetherness that had been a feature of their performances in the last three months of the season.

Said Roughyeds chairman Chris Hamiton: "We wish Ritchie all the luck in the world. He had told me his body wouldn't stand up to playing in the Championship.

"It works for him at Keighley so we wish him well and thank him for all he did for us in the season that's just ended."