You are Here: Home » News » Roughyeds » On loan promotion hero gets his reward

On loan promotion hero gets his reward 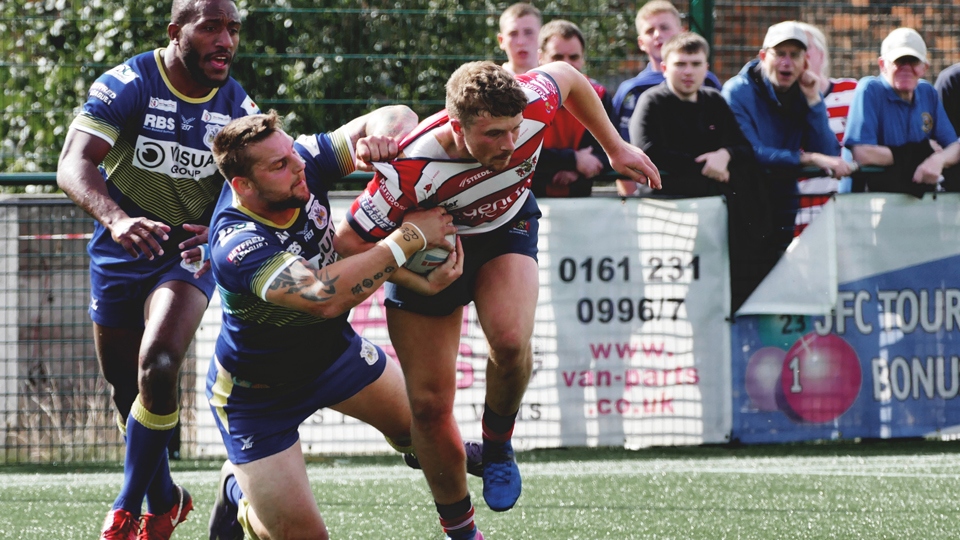 Kay has signed a one-year deal

He played on the right wing in each of Oldham's last five games in 2019, including the play-off win against Doncaster and then the Promotion Final triumph over Newcastle Thunder, in which he prevented a Thunder try with a last-gasp interception at a time when the final was balanced on a knife edge.

"Dec is one of those players who all too often goes under the radar," said new head coach Matt Diskin. "He does a lot of excellent work that often goes unnoticed. He comes up with some first-rate plays and he's going to be a very valuable asset in the back three next season.

"He also has a lot of Championship experience which will come in handy."

A Wigan lad, 22-year-old Kay was spotted by Warrington Wolves when playing for Shevington Sharks. He passed through the Wolves' youth and academy systems before joining Rochdale, initially on dual-reg and later under contract.

He came to Oldham on loan, played well in the promotion push and quickly concluded that he wanted to stay if Roughyeds wanted him.

He said: "As soon as I arrived on loan I knew it was the right move. Everyone made me feel welcome and part of the set-up.

"It was great to be involved in the promotion and once I knew that Oldham were interested in keeping me it was a very easy decision. I told my agent to get on with it and to get it sorted as quickly as possible.

"I had two years in the Championship with Rochdale so I know a bit about it and I can perhaps bring some Championship experience to the table.

"The main aim in 2020 will be to stay up. The club can then build into the Championship from there."

His agreement with Rochdale concluded at the end of last season so he was free to make other arrangements.

Club chairman Chris Hamilton said: "It's good to welcome Dec on board as a fully-fledged Oldham player. We've got a few new deals in the pipeline and we're also busy retaining the players Matt wants to keep.

"There will be more announcements before the end of the week."