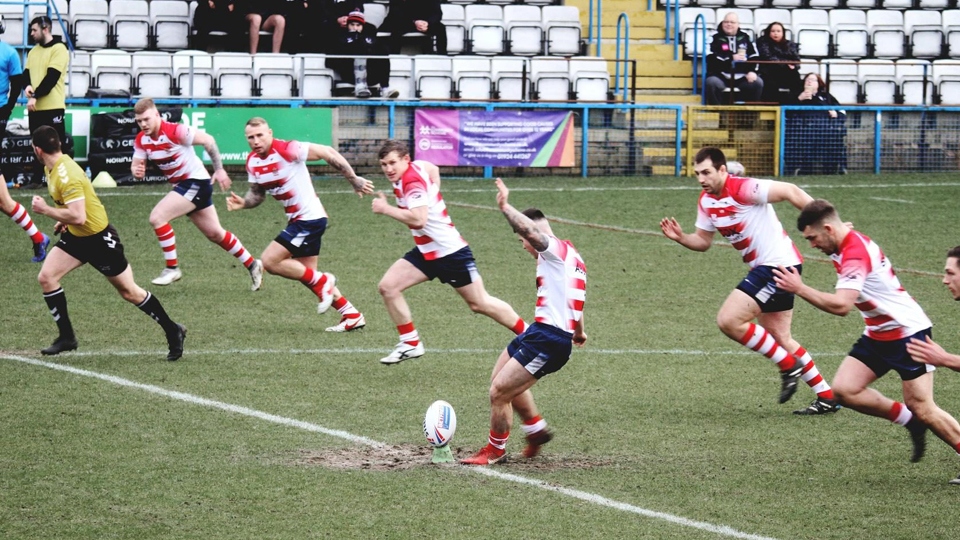 Oldham slipped to a 36-6 defeat by Widnes Vikings

It was always going to be  big ask, but nothing went Oldham's way as they slipped to a 36-6 defeat by Widnes Vikings at Bower Fold in front of one of the biggest Roughyeds; home crowds for years -- 1,726.

Already without four injured players, they suffered another blow on Saturday morning when Ed Smith, who was due to play at left centre, withdrew after picking up a back injury.

Then, during this defeat, they had captain Gareth Owen sin-binned in the first half and it was while he was off the field that Widnes scored 12 of their 16 first-half points that went unanswered.

In the second half Danny Bridge went off with a dislocated thumb and Lewis Charnock left the field after damaging a knee. It was later revealed that young centre James Worthington was to gp to hospital for x-rays on a sore jaw.

One of the positives from the Roughyeds' point of view was the massive contribution of young forwards Matthew Fletcher and Jimmy Beckett, both aged 20, who came off the bench before half-time to do a sterling job in the second half when their side was up against it.