You are Here: Home » News » Roughyeds » 'The Rugby Codebreakers' is back on our screens

'The Rugby Codebreakers' is back on our screens 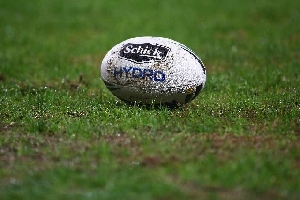 'The Rugby Codebreakers', a BBC Wales documentary about Welsh RU players who 'moved north' to play Rugby League for money, will again be broadcast on Sunday, three years after it first made a big impression on both codes of rugby.

Produced by Alan Golding for Hoi Polloi Pictures, it tells the inside story of the days when even the best Union players in The Valleys were amateurs and were the subject of interest from professional clubs in the North, including Oldham.

The hard-hitting documentary will be shown on BBC 1 Wales this Sunday (17th May) and will then go onto BBC iPlayer for 30 days across the country.

Over the years Oldham have signed scores of talented Welshmen, some of whom are featured in the film, including the great, late Alex Givvons who came north as a young man and spent the rest of his life at Watersheddings, filling every role from player to player-coach to trainer to backroom assistant and to the man in charge of the dressing room.

Like his fellow counytryman, Norman also settled in Oldham where his son Paul married a Welsh girl, Sandra. They still live in Shaw. Paul played for Saddleworth Rangers and for Hornets 'A' when Norman, his dad, was player-coach at The Athletic Grounds in the twilight of his career,

Norman's grandson never played for Oldham, but as a classy stand-off or full-back Iestyn starred for Warrington, Leeds and Bradford before switching codes and winning 30 caps for the Welsh RU side -- a player who reversed the trend of hundreds of players coming from South Wales to play League in the North of England.

Bryn Goldswain, another Welshman, was the player-coach generally credited with starting the Oldham club's rise to championship-winning success in the 1950s and a key member of that side was another Valleys boy, the great Charlie Winslade.

More recently, winger Mike Elliott played nearly 500 games for Roughyeds between 1963 and 1979, but perhaps the highest-profile Welsh lad ever to wear the Oldham jersey was Malcolm Price, a wonderful centre of Newport, Wales and British Lions fame.

He had a comparatively short time with at Watersheddings after suffering a career-threatening injury in a game at Rochdale, but he confounded the medics by returning to the game, transferring to Rochdale and, thanks to his wonderful performances for Hornets, winnimg selection for the Great Britain RL side --- one of the few to play for both the Lions at RU and for GB at RL.

Those are just a  few of the many Welshmen who signed for Oldham as 'Rugby Codebreakers'; settled in the town; and spent the rest of their lives here.

All is revealed in 'The Rugby Codebreakers'.