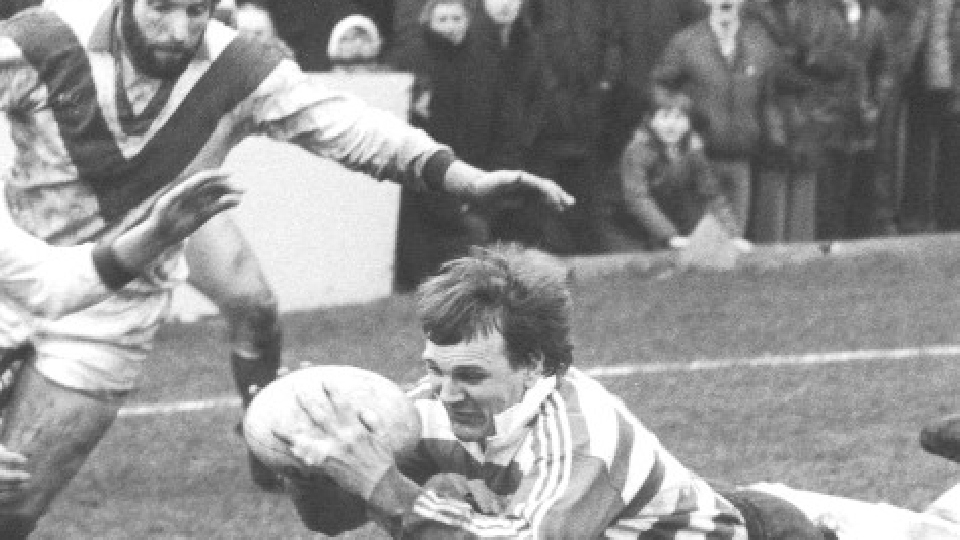 Former Oldham player Alan Taylor has died at the age of 68.

Roughyeds fans talk of the Roaring Twenties and the Fabulous Fifties, but the Exciting Eighties weren't so bad either and it was in the early part of that decade that Taylor starred in the Watersheddings side that was to lay down the foundations for what was to follow.

He was a tough, talented cookie who had all the skills to play anywhere, hence his occasional games at stand-off, loose-forward and on the wing.

In that respect, but not exclusively so, he was a coach's dream and he and forward Dave Nicholson were two of Frank Myler's first and best signings when they arrived from Swinton for a combined fee of £20,000

They weren't the flashiest of players, but both were 100 per cent guys who never shirked a tackle or a challenge and could always be relied on to give everything they had to give from first minute to last whatever the score or whatever the state of the game.

Myler and his second-in-command Peter Smethurst knew they had those qualities in abundance and it was no surprise that in his second spell at the club Taylor was made captain.

In 1981-82, his best season, he scored ten tries in 35 games as Roughyeds won the Second Division championship at the first attempt under the new coaching duo of Myler and Smethurst.

It was to be the start of five successive seasons in the First Division between 1982 and 1987 with an eighth-place finish in 82-83 and a fifth-place finish in 84-85 -- the club's highest placing for more than 30 years -- when Taylor returned to the club as captain after 18 months working full time as a teacher in the Bahamas.

Earlier, in 82-83, his second season at Watersheddings coincided with Oldham's return to the First Division where he played in the first 19 games of the campaign at full-back alongside players like Green Vigo, Des Foy, Colin Hawkyard, Brian Caffery, Ray Ashton, Ashley McEwen and Mick Parrish in the backs and Brian Hogan, Alan McCurrie, Andy Goodway, Mick Worrall and Terry Flanagan in the pack.

From eighth place, Oldham went to league leaders Hull in the play-off and gave them a huge fright before losing 24-21.

When relegation finally came at the end of the '87 season it came in circumstances that would have been unheard off in modern times.

It was the season in which 'Bruiser' Clark and Co gave the mighty Aussie tourists their biggest challenge of the tour and Paddy Kirwan's famous try knocked Wigan's team of all stars out of the Challenge Cup on a never-to-be-forgotten winter's night at 'Sheddings.

All four went down but Oldham had 13 wins to their credit (the same number as Leeds, Hull and Leigh who were just above them). compared with the infinitely inferior record of Featherstone, Barrow and Wakefield, who also went down with eight, seven and four wins respectively.

The 80s, nevertheless, was a decade which had a great deal to commend it --- and Alan Taylor, club captain, full-back courageous, loyal club man and a coach's dream was right in the thick of it when Frank Myler took the club out of the Second Division and built a side that, for five years at least, made the rest of the First Division sit up and take note.

The thoughts and prayers of everyone at the club are with Alan Taylor, his family and friends at this very sad time.