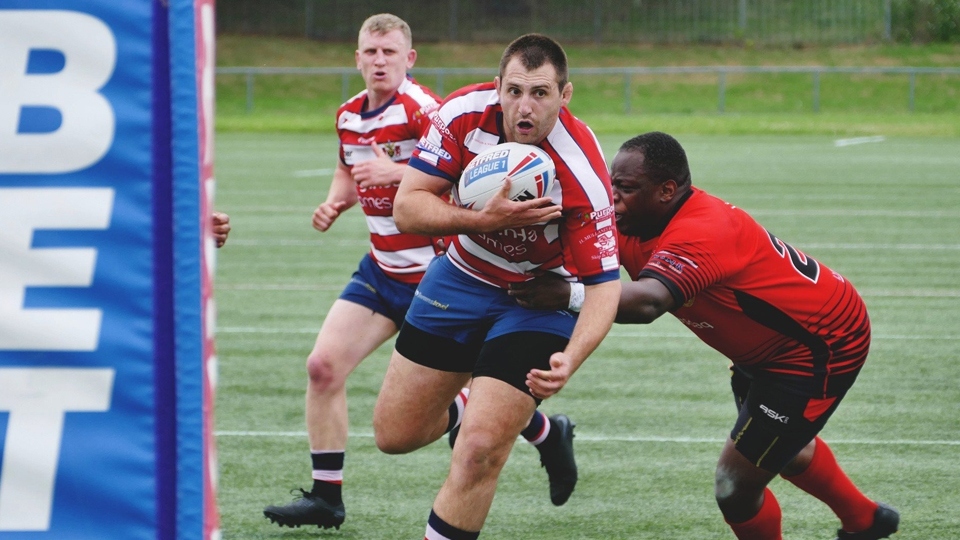 By signing new two-year contracts to stay at Oldham until the end of the 2022 season, forwards Danny Langtree and Phil Joy will be planning to hit a 200-game milestone -- reached by only Neil Roden (295) and John Hough (228) in the last 23 years.

Langtree needs another 28 games and Joy needs 40, but if they avoid injury in the next two seasons they will have every chance of becoming only the third and fourth Oldham players to join the '200 Club' since the club was re-formed in 1997.

Each will have completed 12 years at the club by the end of the 2022 season; the first two in the reserves and then ten in the first team.

Prop-forward Joy was recently described by coach Matt Diskin as "a corner-stone of the club," and he could easily have placed Langtree on the same pedestal.

Only one thing separates them. While hometown boy Joy is a one-club man, and will thus qualify for a testimonial if he completes the next two years at senior level, 'Langers' had a brief stay at Super League club Hull FC in 2019.

While on the East Coast, he missed the first seven games of the Roughyeds' promotion campaign of 2019, but he couldn't get back soon enough and full marks to Hull for recognising his discomfort over there and agreeing to cancel his two-year, full-time contract.

It must be something in the Oldham air - either that, or Roughyeds know how to look after their own.