'Just glad to get a game' - Diskin 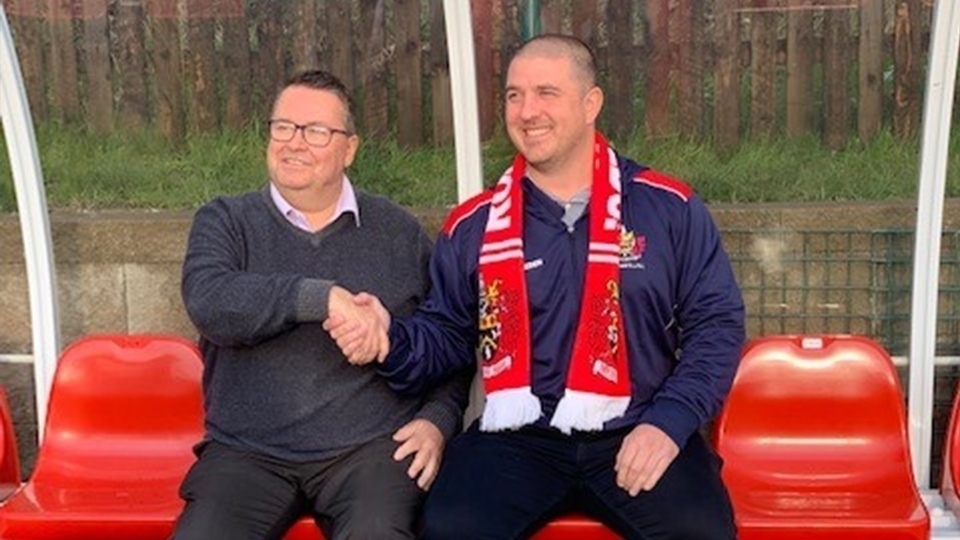 Oldham Rugby League Club's head coach Matt Diskin has said how happy he is at the size and quality of his 2021 squad; at the attitude of the group; and at the way training is going ahead of the first-round Betfred Challenge Cup tie with Barrow Raiders over the weekend of March 20 and 21.

Details of this home tie, which will kick-start the 2021 season for the 16 clubs involved, will be announced soon.

All clubs at this level are looking forward to their first game in more than a year.

"Our lads are like caged animals, but they will be no different to players at other clubs," said Diskin.

"This year is different because of the circumstances. In many ways, there was little relevance to the outcome of the draw.

"We are just glad we've got a game, any game, to look forward to.

"Every game will be tough because we are all in the same position - just excited about playing again.

"Our lads are desperate to get back on the field and Barrow, like everybody else, will be the same.

"It's been a long time since we played our last game against Dewsbury Rams in March last year, and by the time we play Barrow it will be our first game in a full year and two weeks.

"Barrow will be feeling just the same and will be just as much 'up for it' as we are, so we can both look forward to a really tough tie which is only five weeks away."

The winners will play Swinton Lions or Newcastle Thunder away on the following weekend (March 27, 28) and then the Betfred Championship will start over the first weekend in April, which happens to be Easter weekend.

Roughyeds are back in full contact training now and have been "smashing into each other" - club captain Gareth Owen's words - in ice-cold rain, sleet and snow on a soaked and muddy pitch.

Added Diskin: "Conditions have been extreme.

"But there has been no whinging or moaning and everybody has been working hard and getting on with the job.

"It will be even better now we know we've got a game next month.

"I'm really happy about the attitude of this group and about its overall quality."

The latest signing, that of second-row man Danny Bridge, compensates for the loss of Ed Smith, who signed a new deal before reluctantly accepting that he owed it to both himself and to the club to call it a day because of persistent knee trouble.

Diskin added: "At his best, Danny Bridge is one of the best back-rowers in the competition.

"By adding him to the back-rowers we already had, it's fair to say we are going to be very strong in that department and that I'm going to have a few selection headaches going forward, especially in the pack."

He said veteran prop Jode Sheriffe was still waiting for a knee operation, but he was able to train, was looking good and was also making a success of his new role on the coaching staff.

Diskin concluded: "The younger players are also fitting in well, training hard and have become prominent members of the group.

"They know they've got to fight for places - that applies to everybody - but the signs are good.

It is generally felt around Championship clubs that this will be the best and most competitive second-tier for ages.

Most clubs have recruited well, some of them signing players from Super League, and all have strengthened numerically because there will be no dual registration signings this year and on-loan agreements, while still allowed, will be discouraged because of new regulations.

Nevertheless, Oldham are quietly confident they have what's required to make a better fist of it, and to finish higher up the table than they did in 2016 and again in 2017 when they suffered a horrendous run of injuries and were relegated.