You are Here: Home » News » Roughyeds » Joy, Spencer back for Oldham

Joy, Spencer back for Oldham 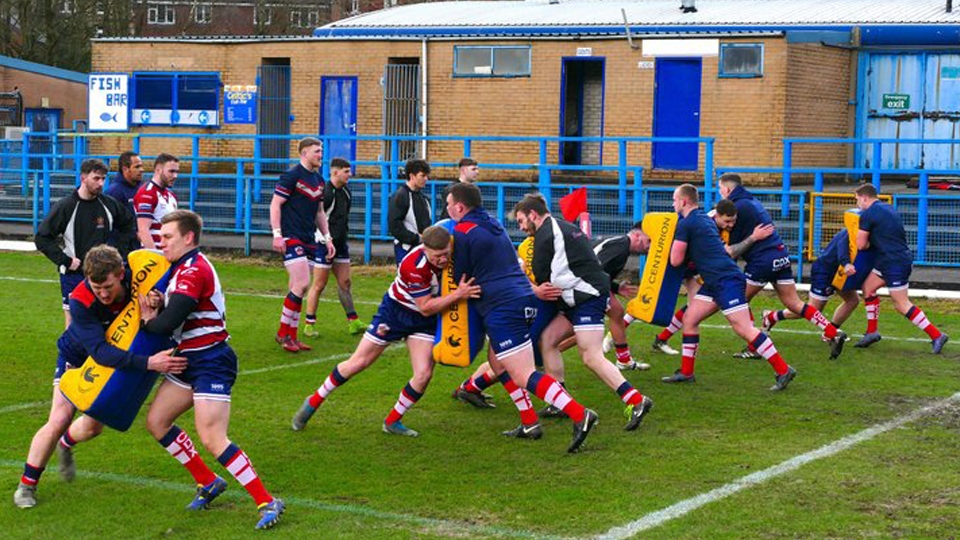 Senior props Phil Joy and Jack Spencer are back in Oldham's squad for tomorrow's second-round Betfred Challenge Cup tie against Swinton Lions at Heywood Road, which kicks off at 12.30pm and will be broadcast live by the BBC on iPlayer, the Red Button and BBC Sport digital platforms.

Joy, one of the longest-serving players at the club, hasn't played since he took a knock at Featherstone three weeks ago.

Spencer has also played in one of the three games so far; against Halifax at Bower Fold in the second of the two warm-up games.

Fellow prop Luke Nelmes twisted a knee in the first round defeat of Barrow Raiders and is out of this one, as is Declan Gregory, who suffered concussion against the Raiders and is following RFL protocols.

Gregory's injury, coupled with the long-term loss of Matty Wilkinson with a broken leg, means there is only one recognised hooker in the squad --- club skipper Gareth Owen, the most experienced of the three.

He normally starts and comes off after half an hour or so, usually having a second spell later in the game, but in the win against Barrow he put in an excellent first hour before he was called in, to be replaced by Gregory.

Gregory was hurt after ten minutes so Owen returned to finish the game, completing 70 minutes in total.

He will be expected to put in another big shift at Heywood Road where the winners will not only reach round three of the Challenge Cup, when Super League clubs are included, but will be automatically go through to the semi-final of the AB Sundecks 1895 Cup.

Also back in the squad, and in contention, are Matthew Fletcher, who was 18th man last week, and backs Callum Green and Joe Hartley.

Matt Diskin's men haven't played Swinton since 2017, but they will go head-to-head twice in five days because the Lions will be at Bower Fold next Friday (Good Friday) when both teams will start their Betfred Championship league programme, kicking off at 5.15pm and streamed live on Our League.