You are Here: Home » News » Roughyeds » 'We want to right wrongs': 'Rambo' Reilly 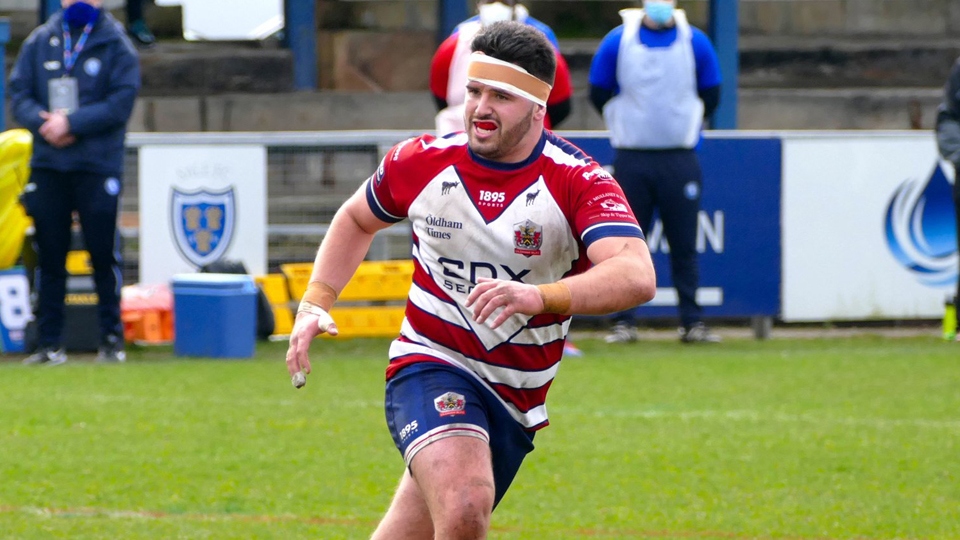 Burly prop Martyn Reilly says Oldham are determined to "put a few wrongs right" when they play Swinton Lions for the second time in five days at Bower Fold on Friday (5.15pm kick-off).

Roughyeds were beaten 23-14 in the second round of the Betfred Challenge Cup at Heywood Road on Sunday, but players and coaching staff still can't believe they were given a cup heave-ho after dominating the game territorially for most of the tie.

Now, they intend to make the most of the opportunity to put the record straight in the opening game of the Betfred Championship, this time on home soil.

Former Dewsbury Rams prop Reilly, one of 14 new signings, was Oldham's best forward in the cup defeat, producing his best game of the season so far.

He said: "It's taken me a couple of games to get back into it, but I enjoyed the game on Sunday. I felt good. I think I did okay.

"We gave ourselves a good chance of winning, but we didn't capitalise on all our hard work when it came to turning territorial advantage into points.

"We know where we went wrong and I definitely think we can put things right this time.

"It's just as important to get off to a good start in the league as it is to make progress in the cup, some would say more so, and I'm confident we can put a few wrongs right."

With his head heavily strapped after taking a nasty knock in the Barrow game, Reilly looked like Rambo as led Oldham's charge at Heywood Road and the good news for Oldham fans is that he's right and ready to go again this Friday.

He added: "We blew it in the cup, but we know we can get it right this time and I think we will."

With a big squad of 29, coach Matt Diskin has options right through his team, but nowhere more so than in the front-row where Tyler Dupree, Luke Nelmes, Jack Spencer, Phil Joy, Liam Kirk, Jode Sheriffe and 'Rambo' Reilly himself are all chasing spots, either in the starting line-up or on the bench.

It's a 17-man game these days, but even so seven props gives Diskin plenty of choice.

He said: "The chairman (Chris Hamilton) has backed me to the hilt in squad strengthening.

"We already had some good players and we've added to that core with a mixture of experience and youth, lads who are keen to progress in the game.

"I have a squad to  create competition and provide cover. My job is to win games and, match by match, I'll pick the 17 I believe have the best chance of doing that.

"On the threshold of a new Championship season I can state clearly that we are not just thinking about survival in the Championship. We want to push on and try to climb as high up the table as we can "

Diskin and his Lions counterpart Stuart Littler are both expected to name their squads today (Wed) after fitness tests and assessments on several players.

The tie will be streamed live on Our League, free to Oldham season-ticket holders and available for £4.95 for anyone else who signs up for it before midnight on Thursday, or £10 for fans who buy on game day.