You are Here: Home » News » Roughyeds » No room for sentiment from Ward

No room for sentiment from Ward 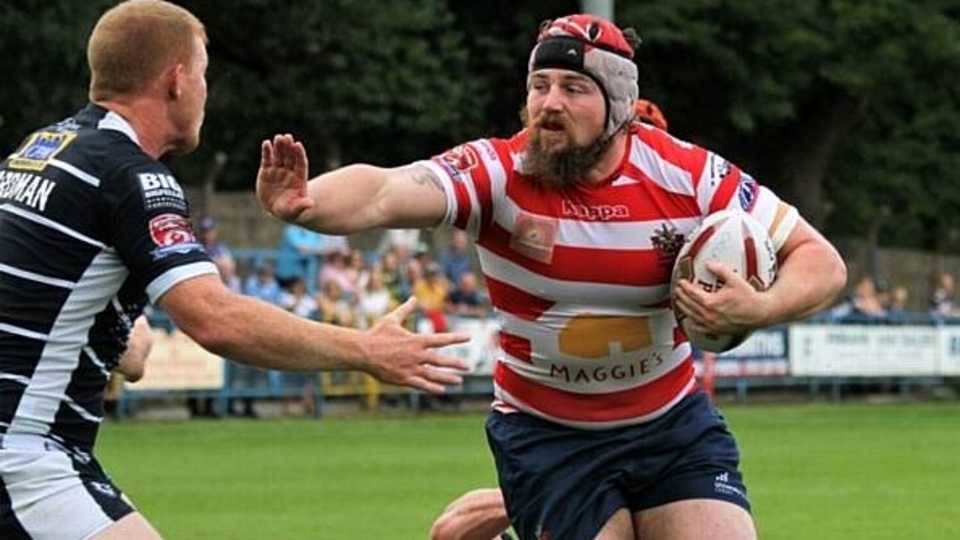 Michael Ward is pictured in 2017 during his Oldham days

Michael Ward says there will be no room for sentiment when he turns out for the first time against his home-town and former club at the Fox's Biscuits Stadium on Saturday.

He lives in Shaw, teaches at Newman College on Broadway and has parents, Phil and Bernie, who are Roughyeds fans.

But the tearaway forward, who scored 41 tries in 155 games for Oldham between 2011 and 2017, is now in his fourth season at Batley Bulldogs, who play Roughyeds on Saturday (12.45pm) for the first time since current Oldham boss Matt Diskin lured him to Yorkshire for the start of the 2018 Championship campaign.

Ward spent ten years at his home-town club, which he joined as a 16-year-old from Oldham St Anne's.

He started on the wing in the Reserves, but as he matured physically and put on weight it was soon obvious his future would be in the forwards.

He was a top player in a trophy-winning Reserves side that also contained other young players, like Danny Langtree and Phil Joy, who would also become senior-side stalwarts in future years.

It was to be the first of his 155 appearances, 124 of which were off the bench as he quickly developed, and retained, a reputation for making a massive impact when thrown into the fray in the second half.

Diskin, now Oldham's team boss, was starting his second season as Batley coach when he signed Ward at the start of the 2018 season and the former Roughyed, now aged 30, had two seasons under 'Disco' before the former Leeds Rhinos and Bradford Bulls star succeeded Scott Naylor at Oldham.

So he won't only be playing against his former team on Saturday, but also against a former coach.

Said Ward: "There will be lots of re-unions because Sean Pick and Tyler Dupree also played a few games for Batley in 2019, but I guess the biggest re-union story will be mine, given that I'm an Oldham lad and I played for Roughyeds for so long.

"It will be fabulous to see old pals after the match, but once the game starts it will be just another game. Once we step over the whitewash, opponents are opponents.

"I'm looking forward to it, of course I am, but I look forward to all games and this one is no different.

"My Mum and Dad are still Oldham fans.

"Before lockdown, they would go to every Oldham match that didn't clash with Batley's.

"I haven't asked them who they want to win on Saturday because that would be unfair."