You are Here: Home » News » Roughyeds » Nelmes may be back at Batley

Nelmes may be back at Batley 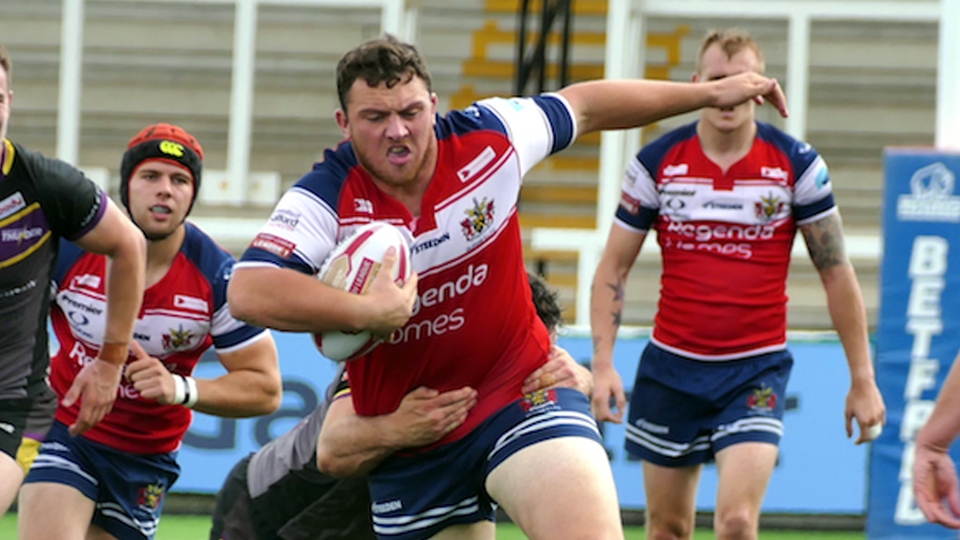 Luke Nelmes will be fit and available for selection this weekend

The big front-row man showed good form in the pre-season friendlies, but then twisted a knee against Barrow in the Challenge Cup and he hasn't played since.

He's been out a month, missing the two Swinton Lions games, but he trained normally on Tuesday night to raise hopes that he might be able to throw his hat into the selection ring for the trip to the Fox's Biscuits Stadium.

"If he doesn't suffer an adverse reaction, he should be okay," said head coach Matt Diskin, who is also optimistic that two more casualties will also be ready in time.

Stand-off Lewis Charnock, who missed most of the Championship win against Swinton at Bower Fold after taking a "stinger" in the first few minutes, and winger Tommy Brierley, who didn't play because of a back injury, are expected to be available.

Definitely out are prop Phil Joy, still struggling with hamstring problems, stand-off James Barran (groin) and winger Kyran Johnson, who hasn't played yet this season and is fighting to beat a back problem.

It will be Diskin's first game back at the Fox's Biscuits Stadium since he finished a three-year stint as coach there at the end of the 2019 season and came to Oldham ahead of the ill-fated 2020 campaign.

One of his signings for Batley was Oldham forward Michael Ward, who is likely to be on the Bulldogs bench against his former club.

Another Oldham-born and Oldham-based player in the Bulldogs squad is half-back Ben White.

Diskin won't need tip-sheets on the Batley players and he will know the pitch - and its infamous slope - like the back of his hand.

He said: "Since our first friendly at Featherstone, we have been working hard and improving week on week.

"It will be another step-up for us this week, but if we keep on improving, as we have been, we'll do all right and we'll be there or thereabouts."

It will be the only time this season that Roughyeds play Bulldogs in the regular Championship season. Craig Lingard's men, one of four Yorkshire teams that Oldham play only once, don't come to Bower Fold.

The other three once-only opponents are York City Knights, who don't come to the Fold and Halifax Panthers and Bradford Bulls, whom Oldham play at home, but not away.

Roughyeds haven't won at Batley since 2004, but on their last visit, in 2017, they earned a 22-22 draw in the Championship Shield and they will take heart from that.