You are Here: Home » News » Roughyeds » Bower Fold is home-sweet-home 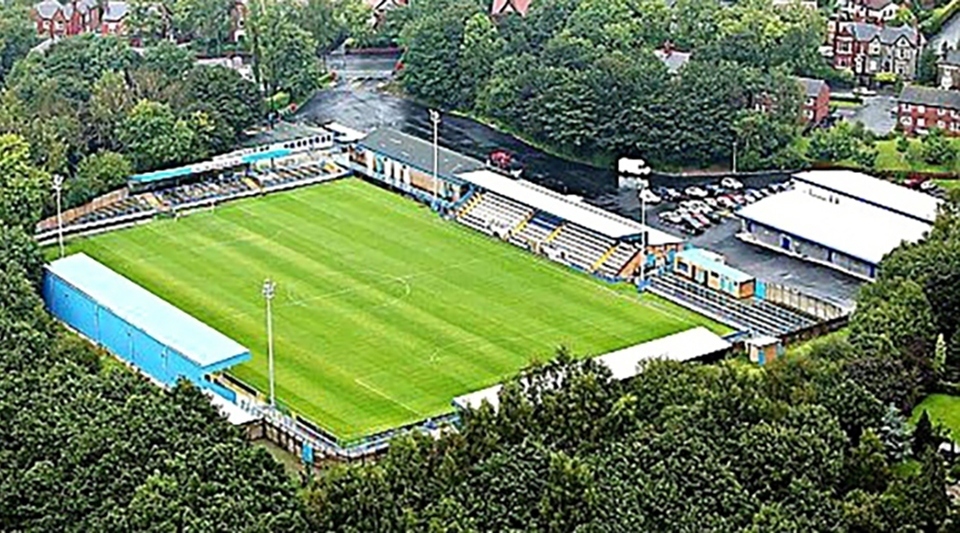 After extending their 100 per cent home record this season to three wins from three games with a 16-12 result against Halifax, Matt Diskin's Oldham are aiming for another big day at Bower Fold on Saturday.

Barrow Raiders (Challenge Cup), Swinton Lions and Halifax Panthers have all been sent packing empty-handed from the Stalybridge venue.

If Roughyeds can make it four-from-four against Whitehaven this Saturday (12.45pm kick-off) they will have a 60 per cent success rate in the Championship, having dropped points at Batley Bulldogs and London Broncos, with every chance of sneaking into the top half of the table.

Fans who watched the win against Halifax on Our League seem to think Roughyeds will beat the Cumbrians if they can repeat the blistering form they produced to pull off a surprise win against the Panthers.

Some bookies gave Oldham a 16-points start, but on-loan centre Jack Croft's winning try four minutes from the end caused a few eyebrows to be raised throughout the Betfred Championship.

Croft, who has s damaged ankle, will be one of several injured players to be checked out by the medical staff at training tonight (Tuesday).

Another on the casualty list is scrum-half Dave Hewitt, who looked to be struggling badly when he was helped off in the later stages of Saturday's game with a severe dead leg.

In the forwards, Liam Kirk and Martyn Reilly were back against Halifax after each missing a couple of games and on the face of it they came through unscathed.

Both did well and contributed enormously to a significant win, Reilly particularly impressing with a robust performance in the middle and the try just after half-time that put Roughyeds back in the game.

Whitehaven and Oldham moved up to the Championship together at the end of the 2019 season.

The Cumbrians topped the league and went up automatically, while Oldham had to qualify through the playoffs in which they beat Doncaster and Newcastle.

The 2020 Championship campaign was aborted after half a dozen games because of Covid.

New loan signing Ronan Michael, a prop from Huddersfield Giants, made his debut off the bench in the Bradford game, while 23-year-old winger Aaron Purewal, a recent capture from Scottish RU, will be pushing for an appearance at Bower Fold.

The game will be streamed live on Our League, free to Oldham's season-ticket holders and only £4.95 for others if they buy before game day.