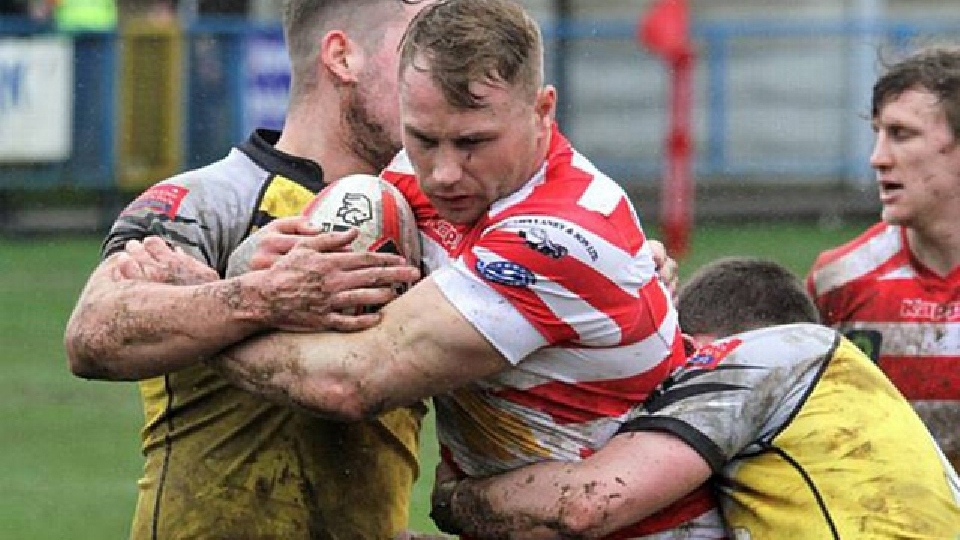 Danny Langtree will line up for Oldham against Whitehaven at Bower Fold on Saturday, having learned that he has scored more tries for Roughyeds than any other forward in the club's 125-year history.

The 30-year-old former St Helens second-row man has rattled up 92 tries in 178 games - and research has shown that the only other forward in the top 25 of the club's all-time list of try scorers was the late Bob Irving more than 50 years ago.

Irving, who was in the Oldham first team at the age of 16, played for Great Britain when he was 18 and went on to sign for Wigan.

Like Langtree, he was at Oldham for the best part of ten years in which he scored 80 tries in 296 games, compared with Langtree's 92 in 178 appearances.

Sixteen Oldham players , going back to 1897, have scored more tries than Langtree, but they were all backs, mainly wingers and centres.

His centre Phil Larder is also in the top 25 with 111 tries.

In the forwards, though, there's nothing to touch Langtree, who's still going strong and looking capable of going beyond 100 tries this year.

He said: "I hadn't a clue about records, but when the chairman told me it was a very proud moment.

"I was 30 in February, but I still feel as fit as a fiddle so with a bit of luck and no serious injuries I should have a few more years in me yet.

"I'll certainly be playing for a while because I'm contracted to Oldham until the end of the 2022 season.

"I've always liked scoring tries, but there's a lot more to it than that and I've often though some of my best games were when I didn't appear on the scoresheet."

He added: "He thoroughly deserves the accolades because he works hard and does a lot more for us than score tries.

"The number of metres he makes is phenomenal and whenever he carries the ball he always takes us forward."

Club chairman Chris Hamilton said: "I can endorse everything Matt says about him.

"It was typical of him that when I broke the news of his record he never said a thing.

"That's 'Langers' all over. He doesn't say much ever.

"He just lets his actions on the field do the talking for him.

"It's a record that will be a long time in the breaking.

"I'm really pleased for him."