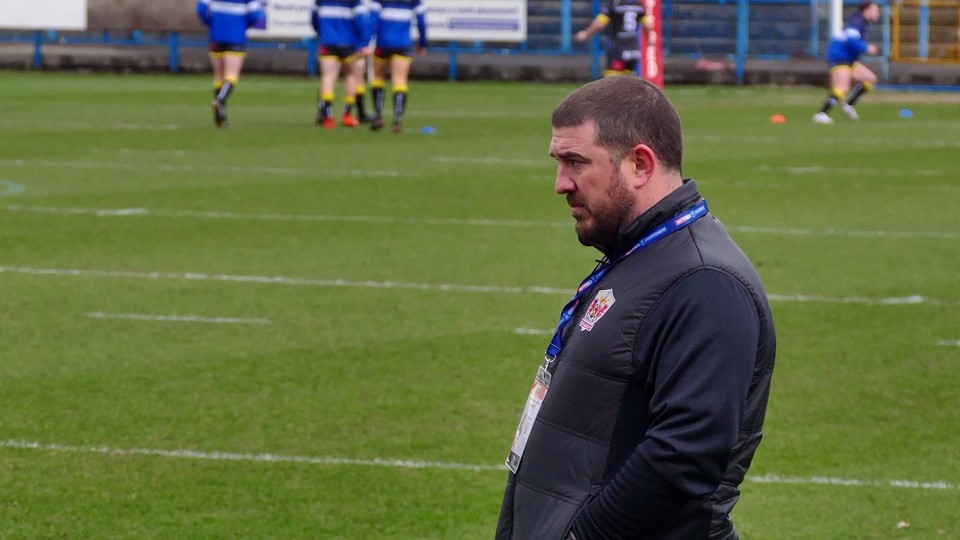 He's been at Oldham for nearly 19 months - only three weeks behind head coach Matt Diskin - but due to lockdowns, injury and the curtailment of the 2020 season in its infancy, he has dragged the Oldham jersey over his head only three times.

Whether he plays at Featherstone, unbeaten in the Championship this season and aiming for promotion to Super League, won't be known until the line-up is announced an hour before kick-off, but to be in Diskin's provisional 21 puts him well in the frame.

Oldham fans may remember that in Diskin's first game as boss, a pre-season friendly at Barrow in early 2020.

Hutchings came off the bench, was thrown into a position he had never occupied previously, the front row, and had a blinder.

He was named at centre in the Law Cup clash at Rochdale seven days later, but he damaged a hamstring that kept him out for six weeks.

He reappeared in a Challenge Cup tie at Widnes, but he suffered a recurrence of hamstring trouble -- and he hasn't played since.

The 21-year-old has been working hard on his fitness and his athleticism since the start of pre-season training several months ago and he looks set to be given another chance.

When he signed a new one-year deal to cover the 2021 season, Hutchings said: "I think Disco is going to use me on the wing, but I'll do my best wherever I'm asked to play.

He's played for Wigan at academy level and St Helens at under-19s level, but Diskin said of Hutchings when he first signed him: "He's decided the system he's been in doesn't suit him so he's come to us on a one-year contract and I look forward to working with him.

"He's a big, athletic kid of real potential, who can play equally well at centre, wing and second-row.

"He will be of great value to us as a young player who can operate in a few positions."

Diskin's 21 for the Featherstone game are:

Centre Ben Heaton, half-back Dave Hewitt and utility back Ryan Ince could all be in line to return to the side.

Featherstone, meanwhile, have appointed their former full-back and captain Ian Hardman as football manager to work alongside coach James Webster on recruitment and other on-field issues.