You are Here: Home » News » Roughyeds » Disco back in charge before the end of the week

Disco back in charge before the end of the week 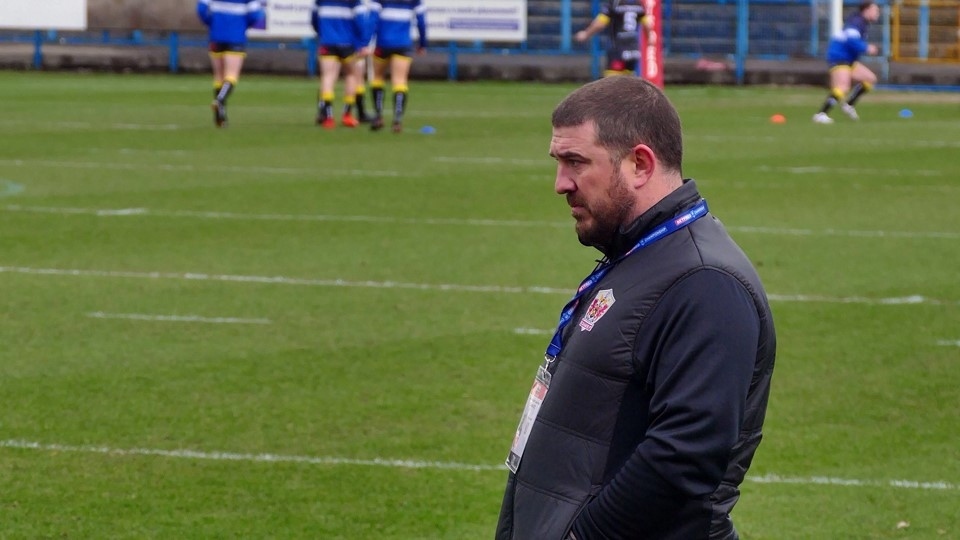 Oldham expect to have head coach Matt Diskin back in charge of the squad for Sunday's Betfred Championship clash with Widnes Vikings at Bower Fold.

Assistant boss Brendan Sheridan and the third member of the coaching team, injured prop Jode Sheriffe, were in charge when Roughyeds were beaten 34-6 at York City Knights and they will again take charge of Tuesday's training session.

By the second session of the week on Thursday, however, the club says Diskin will be back in harness.

He has been self-isolating as a precaution after contact with a family member who had tested positive for Covid.

Despite a third defeat in a row at York, where the scores were locked up at 6-6 when on-loan full-back Tom Nisbet was sent off for a high tackle, it was a much-improved performance by Oldham, who were very much in the game until they were reduced numerically.

They were a man short for the last few minutes of the first half and the whole of the second half, but they battled courageously all the way.

It was a brave performance that has put supporters in a far more positive mood ahead of the home game against Widnes, whose 44-6 home win against Whitehaven on Sunday gave the Vikings their second league win of the season after four defeats and a draw.

Oldham were without several injured players at York where three more picked up knocks that will be assessed this week.

Martyn Reilly needed stitches for a cut above an eye; Tyler Dupree was similarly injured; and Max Roberts suffered a dead leg.

Also assessed later in the week will be three senior players who couldn't play at York --- hooker and club captain Gareth Owen, who is down with an infection; forward Jack Spencer, who has had x-rays on a back injury; and stand-off Lewis Charnock, who has missed the last two games with a sore neck.

He aggravated the problem area in training last week, but he will be checked out again nearer the Widnes game.

Spencer has been checked out at hospital and the club is now awaiting reports.

Prop Phil Joy, who hasn't played since damaging a hamstring at Featherstone in pre-season, is expected to return to full training this week and could be available for the home game against Sheffield Eagles on June 13.

Half-back James Barran (groin) is in a similar position, as are Ben Heaton (thigh muscle) and Kyran Johnson.

Prop Jode Sheriffe, who doubles up as a member of the coaching panel, is still waiting for knee surgery.

Roughyeds also have the problem of on-loan full-back Nisbet, who was sent off at York and whose case will be considered on Thursday by the RFL disciplinary committee.