You are Here: Home » News » Roughyeds » Oldham's fitness boost ahead of Vikings test 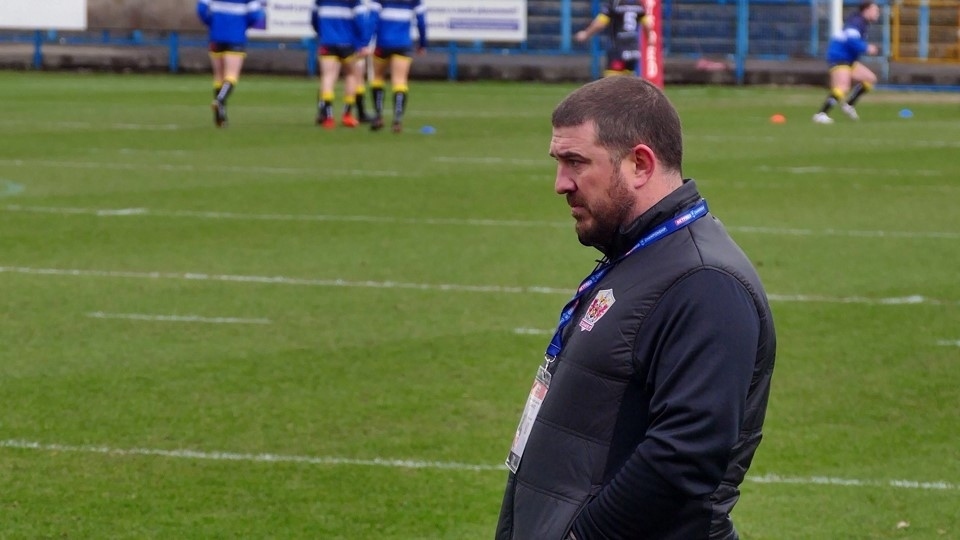 It was a good-news night for Roughyeds when the players began their preparations for tomorrow's (Sunday) important Betfred Championship clash with Widnes Vikings at Bower Fold (kick-off 3pm).

The three players who picked up knocks at York look certain to be fit for the visit of Widnes, who had an inauspicious start to the league campaign before bouncing back with a 44-6 home win against Whitehaven last Sunday.

Like Oldham, they have won two of their seven league games, but they've also drawn one which puts them two places above Roughyeds in the table.

Martyn Reilly, who needed stitches in a cut above an eye after the York game, Tyler Dupree, who also suffered a facial cut and Max Roberts (dead leg) all trained normally on Tuesday.

The other big plus from Tuesday's session concerned prop Phil Joy, who hasn't played since he damaged a hamstring in the first pre-season friendly at Featherstone on March 6.

Because of Covid and lockdowns it was Roughyeds' first run-out in almost a year, so his subsequent lay-off means he has played once in 15 months and not at all in the last 12 weeks.

He won't be ready to play tomorrow, but with a free weekend the following week he might be available for the next match -- the visit of Sheffield Eagles to Bower Fold on June 13.

Hopes of Joy's return soon soared on Tuesday when he completed a full training session for the first time in weeks.

"That in itself was a huge positive," said chairman Chris Hamilton.

"We just hope now that he doesn't suffer an adverse reaction."

Several other senior players will be assessed at training after missing the York game, among them Lewis Charnock (neck), captain Gareth Owen (infection), Jack Spencer (back) and Ben Heaton (quad).

The younger James Barran, who has missed several games with a groin injury, is also continuing his rehabilitation.

For those fans who can't get to the Widnes game, it will be streamed live on OuRLeague, free to Oldham season-ticket holders and only £4.95 for everyone else if purchased before midnight tonight (Saturday).