You are Here: Home » News » Roughyeds » Fans urged to get behind Roughyeds in 'four-pointer'

Fans urged to get behind Roughyeds in 'four-pointer' 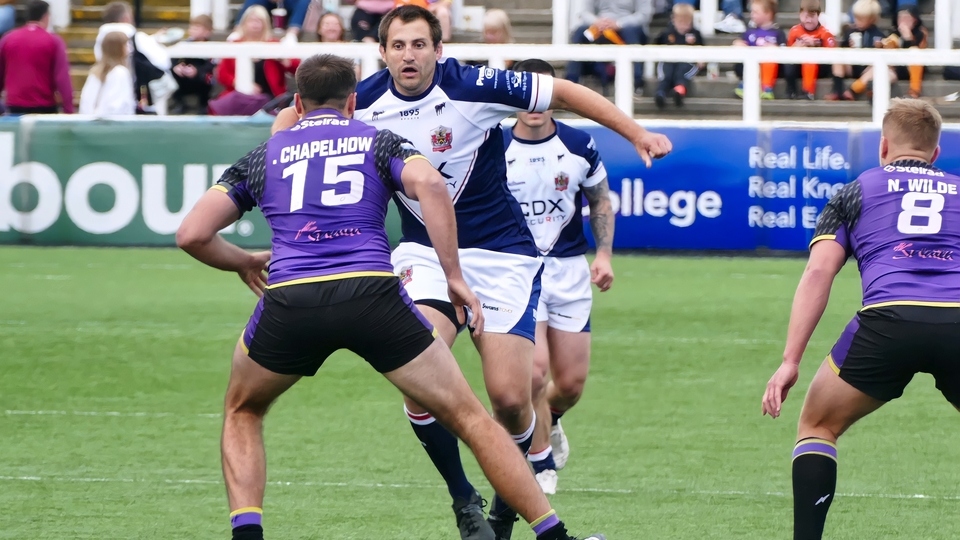 Phil Joy fractured an elbow last weekend so will miss this Sunday's clash against Dewsbury. Image courtesy of ORLFC

Oldham Rugby League Club faces one of its biggest games of the season on Sunday when Roughyeds entertain fellow-strugglers Dewsbury Rams at Bower Fold, kicking off at 3pm.

Next-to-bottom Roughyeds, with two wins from ten games, go head to head with a Rams side that has three wins from nine games and sits two places higher in the table.

It's what is commonly called a 'four-pointer' and after six league defeats in a row, Roughyeds regard it as a 'must win' game.

In a statement on the club's website, Roughyeds say: "The importance of the result, and who wins the precious points on offer, can't be over-estimated in what will be a nerve-jangling afternoon for both sets of fans.

"Let's make sure we make home advantage count with lots of fans in the ground - and lots of noise."

Admission is by ticket only, purchased in advance via the ticketing page on the club's website.

Club chairman Chris Hamilton says prop Phil Joy's insistence on staying on the field at Newcastle last Sunday after he had fractured an elbow near the end with no substitutes left was "exactly the sort of determination and commitment we need right now".

He added: "It was typical of the man.

"He was in a lot of pain, but he stayed on the field because of the situation with no more subs.

"We'll miss him, but we'll keep him involved with the squad.

"One positive is that the teams around us are also struggling to pick up points, but we have to make sure we are not relying on others losing."