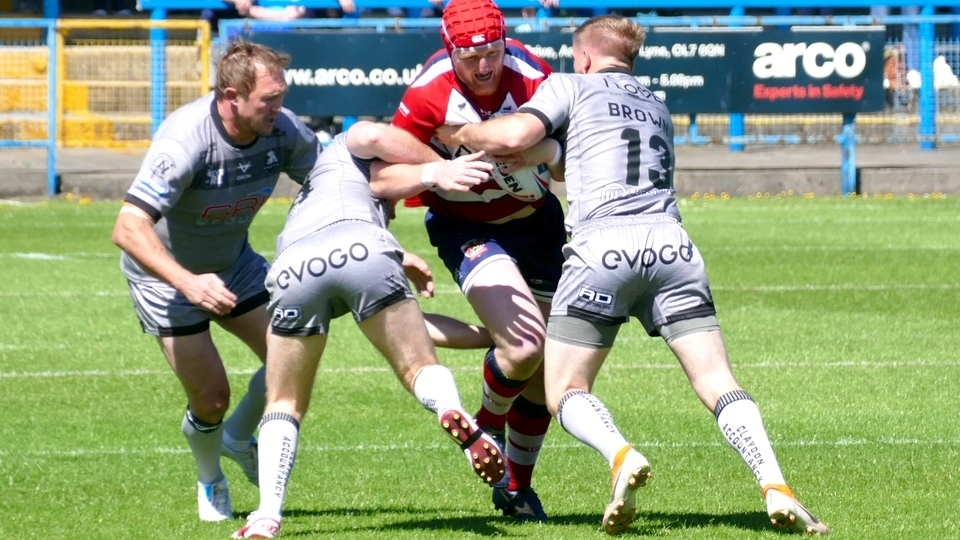 Prop Liam Kirk, who was concussed in the first few minutes of the Roughyeds' 22-22 draw at Swinton Lions, will see a specialist today (Thursday), ahead of Sunday's Betfred Championship clash with Sheffield Eagles.

The game will be played at The Keepmoat Stadium in Doncaster (3pm kick-off) because Eagles are waiting for the completion of a new stadium which is being built in the city.

Whether Kirk is fit to play will depend on the specialist's report, but the former Bradford Bulls front-rower has had a few similar head knocks this season and the Oldham club will be anxious to put the player's welfare first.

Said chairman Chris Hamilton: "Our priority is Liam's health and everything will be governed by what the specialist says and what he recommends after Liam has had his consultation."

Roughyeds appear to have come through the Swinton game with only the one significant injury, but several players missed the game at Heywood Road because of injury problems, like hookers Gareth Owen (back) and Declan Gregory (ankle), and they will be assessed later in the week.

Jack Spencer has had a scan to get to the bottom of the hip/back problem that has ruled him out of the last nine games, but Jode Sheriffe has finally had his long-awaited knee operation and is said to be making good progress.

Sheffield's last two games have been called off due to Covid problems in the Eagles camp and they haven't played since they were beaten 40-28 by Halifax Panthers on July 25.

Their scheduled home game against York City Knights on August 1 and their away fixture at Bradford Bulls on August 8 were postponed, so their clash with Roughyeds at The Keepmoat this weekend will be their first run-out in three weeks, during which time their squad training sessions have also been disrupted.

In June they won 32-28 at Bower Fold, but they considered themselves fortunate, their own club website later reporting that "Eagles managed to hold on only by the skin of their teeth".