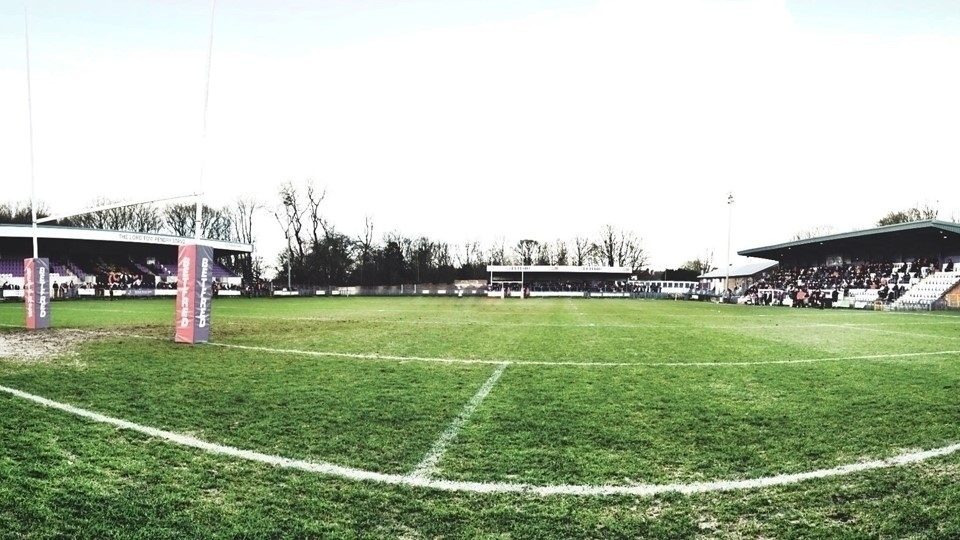 Olympique haven't played in France this season, due to Covid protocols, but they've won each of their ten games on English soil

It isn 't every day local rugby league fans can watch a top French team on the doorstep . . . and certainly not for as little as £10 for adults and FREE for juniors.

At a time when the game in France is booming, with Catalans Dragons on top of Betfred Super League and Toulouse Olympique boasting a 100 per cent record on top of the Betfred Championship, Oldham are offering FREE admission for under-16s to Sunday's Bower Fold clash with Olympique in Stalybridge, kick-off 3pm.

Groups from community clubs or other organisations can watch for £10 (adults and concessions), plus FREE for under-16s if they contact the club as soon as possible, either on 07904 898177 or by email to: enquiries@roughyeds.co.uk

In terms of numbers, the youth game in Oldham is booming and here is an opportunity for those who run under-16s teams to organise trips to Stalybridge to watch another Super League team-in-waiting from across the Channel.

Season-ticket holders will receive their tickets from the club before the end of the week - while all other fans, adults and senior citizens, can buy tickets online for £12, sitting or standing.

Please note that under-16s do NOT need a ticket.

All they have to do is turn up with the adults who are accompanying them.

The £12 online ticket facility closes at midnight on Saturday.

Olympique haven't played in France this season, due to Covid protocols, but they've won each of their ten games on English soil and have also been awarded a virtual 24-0 win against London Broncos, who chose not to go to Toulouse, unlike the other clubs who had the backing and support of the RFL.

As a full-time club, Broncos were expected to fulfil their fixture, unlike the part-timers, including Oldham.

The games in question have been cancelled, not postponed.

They won't be played, and that's why league positions this season are determined not by points but by percentage success rates.

Of the ten games they've played, Toulouse have racked up 50 or more points six times, and they beat Widnes Vikings 70-0 at Heywood Road, Sale early in the season.

Arguably their best result, however, was 23-6 at Featherstone Rovers, their closest challengers for promotion to Super League.

Coach Sylvain Houles says he is well pleased to be flying the flag for French rugby league alongside Catalans.

Their dual success comes against a backdrop of France bidding to stage the 2025 World Cup.

Said Houles: "If Catalans were to get to the Grand Final it would be a huge boost (for the French game) and if we can get promotion it will be fantastic.

"To have a French derby in Super League would be huge down here."

Oldham chief Brian McDermott, who became the most successful coach in Super League history during his seven years at Leeds Rhinos, said: "Toulouse have been gradually building over the last few seasons.

"They are a credible and genuine Super League candidate.

"They play an attractive and effective brand of rugby league, which is extremely difficult to stop."