You are Here: Home » News » Roughyeds » Second partners meeting at the OEC

Second partners meeting at the OEC 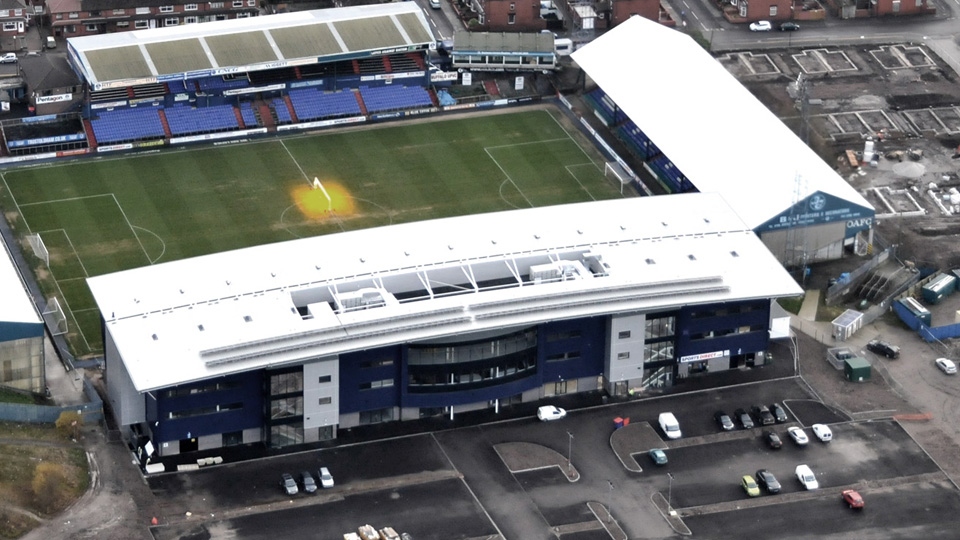 The meeting was held at the Oldham Events Centre

A second meeting of the various Rugby League organisations in Oldham, headed by Oldham RLFC, was held yesterday (Tuesday) at the Oldham Event Centre, Boundary Park.

Chris Hamilton was in the chair, flanked by his vice-chairman John Roddy, and there was representation from Rugby Oldham (Supporters Trust), the Oldham Amateur League, the Oldham RLFC Players Association and YEDS, the new  supporters group.

Former player Adrian Alexander, a Roughyeds Ambassador, was there as were two local councillors, Ginny Alexander, a former Mayor, and Ros Birch.

Oldham Council's chief executive, Harry Catherall, was at the last meeting, but on this occasion there wasn't a council official in attendance.

A range of items was discussed, including an initiative to increase the attendance of former players at Roughyeds' matches. The club hopes to be in a position to release more detail after the Players' Association has its own meeting at Springhead Liberal Club next week.

Updates on various matters were provided for partner  organisations by Oldham RLFC, which hopes to be able to make a public announcement about one of them in the next couple of weeks.

Sunday's Betfred Challenge Cup defeat by Lock Lane was high on the agenda at training last night when club and squad came together for "a good chat". Afterwards, everyone decided to put the ill-fated tie behind them and move on.