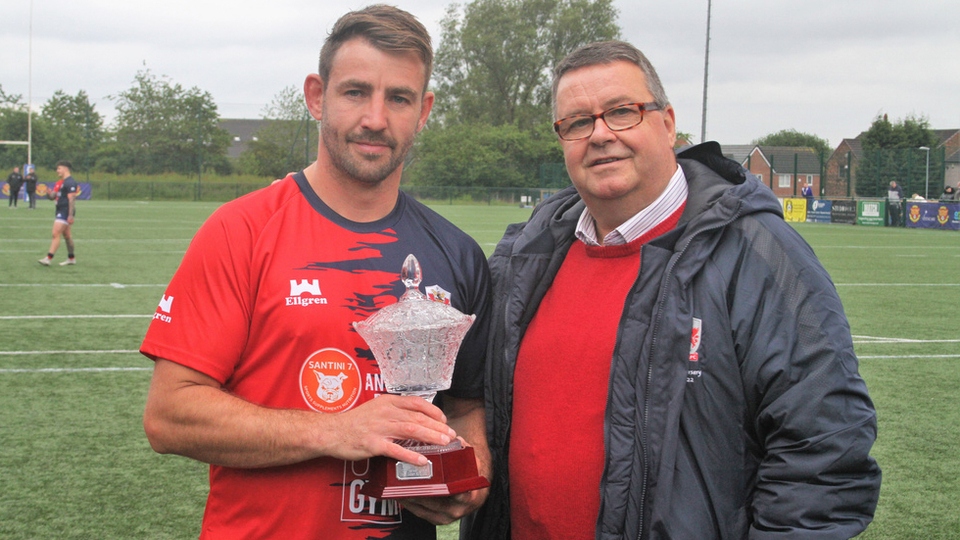 Oldham goalkicker Martyn Ridyard landed his 1,000th career goal in the Roughyeds' 22-22 drawn game at Hunslet earlier in the season, and at last Sunday’s Swinton game, chairman Chris Hamilton presented him with a trophy to mark a terrific achievement.

Club captain Ridyard also equalled the Roughyeds’ ‘goals in a match’ record when he kicked 14 conversions from 18 attempts in the big win against West Wales Raiders.

Before Ridyard also kicked 14 goals in one match, the record was held exclusively by the great Bernard Ganley, who kicked 14 in a 67-6 win against Liverpool City in 1959.

‘Riddy’ can do more than kick goals; he’s one of the favourites to win the ‘Roughyeds On Tour’ darts competition, which starts with heat one this Thursday at the Oldham Event Centre.

It kicks off at 8.30pm after training when, first up with nine darts, will be Brendan Sheridan, Jason Muranka, Will Cooke, Dave Hewitt, Jack Coventry, Brad Jinks and the fan who wins the draw to compete from those supporters present on the night.

Be there, and if you can throw a nifty dart, you will have a good chance of chasing the prizes if you happen to win the draw.

There will be lots of laughs (rugby league players are like that) and you can buy one of the above darters a drink - so long as it's a lemonade because Roughyeds are at home again this Sunday (3pm) to the Midlands Hurricanes.