You are Here: Home » News » Roughyeds » Ridyard given two-match ban 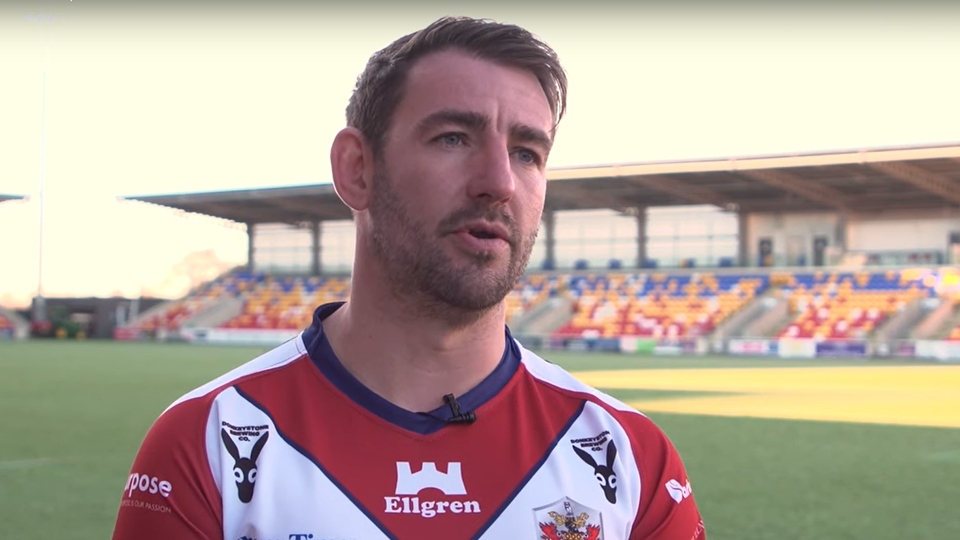 Martyn Ridyard, Oldham Rugby League Club's captain, goal-kicker, most experienced player and chief play-maker, has been given a two-match ban by the RFL's Match Review Panel for a grade C offence of kicking an opponent in last Sunday's derby against Rochdale Hornets at the Vestacare Stadium.

He is said on official documentation, released by the RFL, to have made "light contact with an opponent, not to the head."

His suspension will not start until Tuesday of next week, so Ridyard will be available for Sunday's clash with Doncaster at the Vestacare Stadium (3pm kick off), but he will then sit out the long trip to Llanelli for the game at West Wales Raiders on the following Saturday, July 23, and the game after that against North Wales Crusaders at the Vestacare Stadium on Sunday, July 31.

The prop is alleged to have made "a late tackle after his opponent had released the ball and was in a vulnerable position."

Nelmes can also play against Doncaster this week, but his availability after that will depend on the outcome of the tribunal's hearing into his grade D dangerous contact charge.

The panel also looked at the case of an alleged high tackle by Hornets forward Joe Taira, but ruled there would be no further action.

They reached the same conclusion (NFA) in a separate case against Nelmes for "pushing a player to the ground" and in a case against Emmerson Whittel for "involving himself with an opponent, creating a melee, but no punches thrown."

Taira and Whiitel were each given a yellow card early in the second half and Nelmes followed them near the end, Roughyeds finishing the game with 12 men.