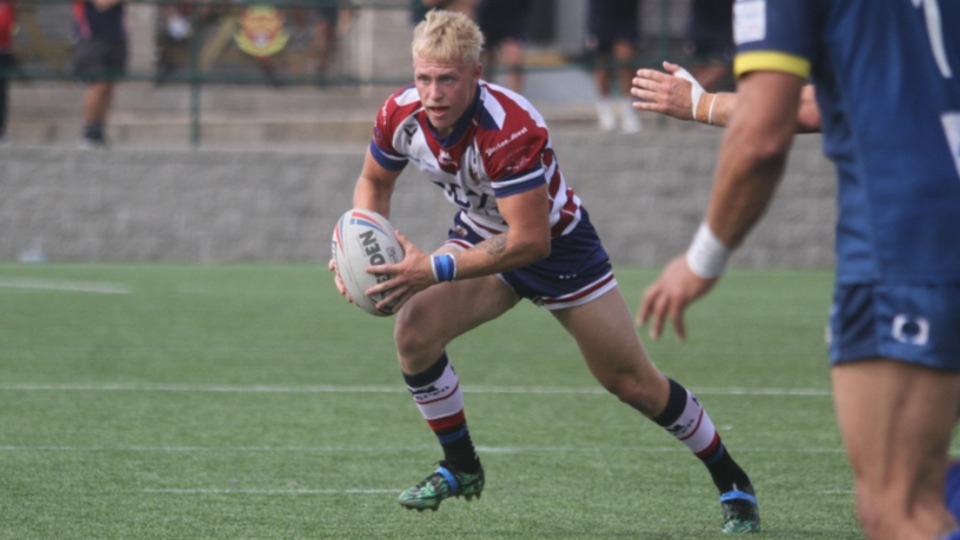 The Oldham team boss has spoken highly of these loanees ahead of Saturday’s long trip to play West Wales Raiders in Llanelli, which will involve an early-morning call for the players and a late-night arrival back in Oldham.

Openshaw has had two good performances against Rochdale and Doncaster, winning Oldham’s best-player award against the Dons.

Field, only 19, was a debut-making sub against Doncaster and significantly impressed the Oldham coach.

He also carried off the ‘Magic Moment’ award for his all-round contribution after coming off the bench.

Said Littler of Field: “Considering his age and the fact that he was playing in a new team for the first time, Oli was certainly impressive.

"He carried the ball strongly, made right decisions at the right time and generally set an example for some of his fellow forwards.”

He added: “Johnny is exciting.

"He’s the sort of lad who can get fans up and out of their seats and it’s great to have him here.”

At training last night (Tuesday), squad and coaches had a chat about what happened in the heavy home defeat last Sunday and resolved to put things right in South Wales on Saturday and at the Vestacare Stadium on Sunday week, July 31, when they are next at home against North Wales Crusaders.

Littler told the Roughyeds website: “There was some straight talking as we looked at where we went wrong. In those circumstances it would be easy to fall out among ourselves.

"That would do no one any good.

“The 13 lucky lads who will start on Saturday will have to be fired up from the start and the four who come off the bench will have to make an impact immediately.

"That’s our challenge for this week.

“We’ve got to stick together in adversity, celebrate the wins and give our fans something to cheer.”

Meanwhile, the Oldham Players’ Association have passed on the dreadful news that former Roughyeds prop Ricky Bibey was found dead in a hotel room in Florence, Italy. He was 40.