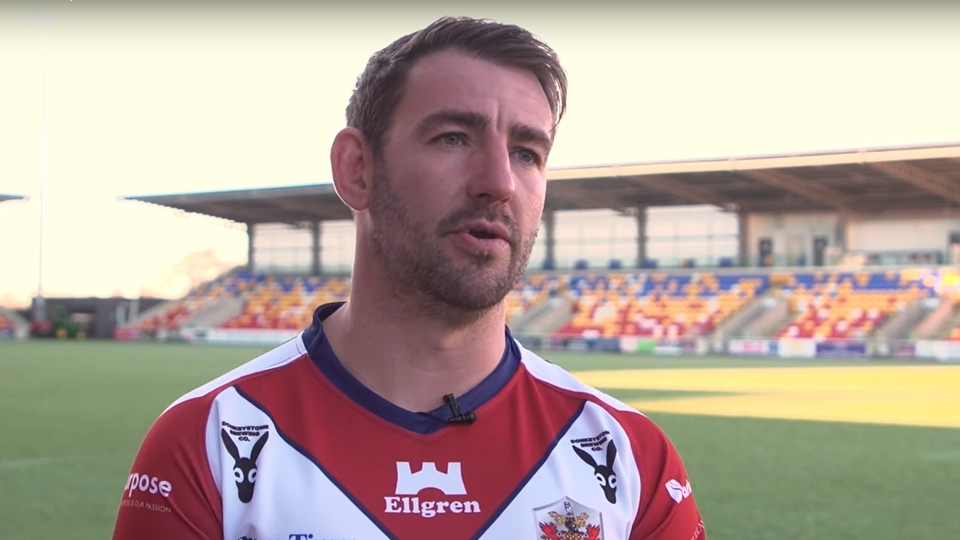 The four young players Oldham have signed on loan from Wigan Warriors will be available for selection in the Roughyeds side to face North Wales Crusaders at the Vestacare Stadium on Sunday (3pm kick-off).

Johnny Openshaw, who had to leave the field in the second half of the 38-0 win against West Wales Raiders, has failed a head test and can’t play on Sunday.

Centre Calvin Wellington (hamstring) is a huge doubt - final decision tomorrow (Thursday) - and with Martyn Ridyard and Luke Nelmes still suspended there are likely to be a few changes from the last home game.

Dane Windrow and Robbie Butterworth will be available again, after playing for parent club Wakefield Trinity Reserves last Saturday, while the four young players from Wigan Warriors will also be in the mix, together with Connor Carr from Huddersfield Giants and Oliver Field from Leeds Rhinos.

With the 2022 signing deadline now having passed, all nine loanees (that’s the above eight plus Salford’s Openshaw) are now with Oldham to the end of the season, although they can be recalled at any time to play in reserve team rugby without breaching their loan agreements.

Of the four from Wigan, two have played for Roughyeds previously - half-back Logan Astley this year and prop Jack Bibby in 2021.

The other two, centre Alex Sutton and prop Toby Brannan are also highly rated, having progressed successfully through the Wigan system.

Talented backs Sutton and Astley are in the Warriors’ first-team squad, while Bibby and Brannan are leading lights in the reserves and are in Wigan’s train-on squad.

Earlier this season Wigan had SEVEN young players out on loan - Astley and hooker Tom Forber at Oldham; Ramon Silva at Widnes; Adam Jones and Toby Brannan at Cornwall; Jack Bibby at Whitehaven and Ben O’Keefe at Rochdale.

Bibby, an England youth international, and Brannan, who scored two tries for Wigan reserves in a 24-20 win at Wakefield last Saturday, have also been in the Championship with Workington Town.

Roughyeds head coach Stu Littler said: “Both are good, young ‘middles’ who have joined us to get some game time.

"They play very differently to each other and will complement each other.

“Logan Astley and Alex Sutton are young backs with flair and finesse.

“I’m looking forward to working with all four of them.as we seek to find some consistency.”

Bibby, aged 20 now, played two games for Oldham in 2021, scoring a try at London Broncos and then featuring in the home win against Halifax.

Astley scored four tries in three games in the Oldham jersey earlier in the season, two against West Wales and two against Cornwall.

He also played off the bench at Rochdale, later making his Super League debut for Wigan at Huddersfield.

Born in Billinge, he is familiar with both codes of rugby, having played for Wigan St Pat’s, Wigan RU Club, Sale Sharks Academy, and England RU under-16s while also working his way up to the senior squad at Warriors via Scholarship, Academy and Reserves.

Sutton, a centre, was born in Warrington and signed for Wigan from Blackbrook Royals in St Helens.

A centre who likes to score tries, he has the ability to make things happen from nothing and he earned his place in the 2022 senior squad at Wigan.