You are Here: Home » News » Roughyeds » Council out in force to support the Roughyeds

Council out in force to support the Roughyeds 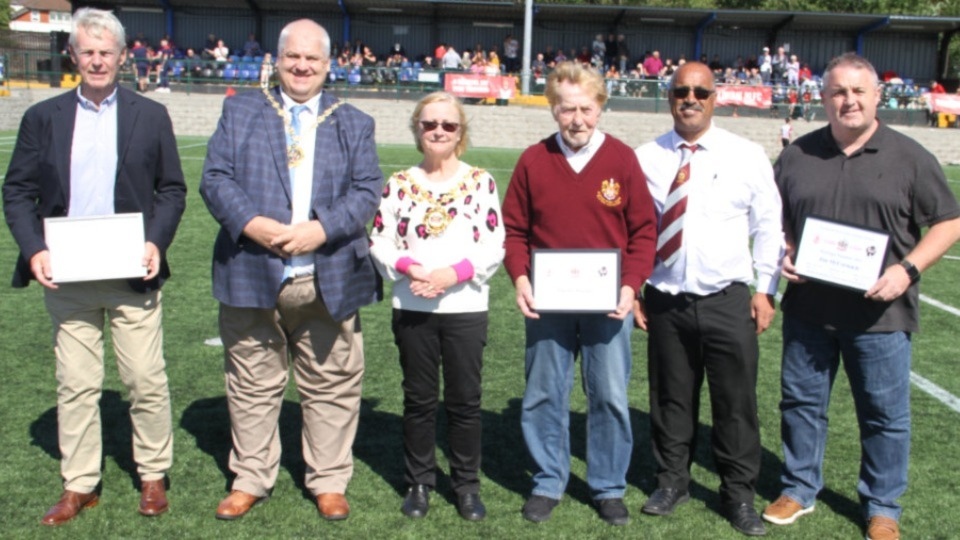 Jim, a classy centre, joined Roughyeds from his home-town club Wigan in 1964 and was a Watersheddings favourite for several years, scoring 32 tries in 165 games.

Steve, formerly a top coach and then Player Welfare Manager at Wigan Warriors, is now a top official at Rugby League Cares.

He has coached several clubs and he was coach of the Scotland national side until 2017, the longest-serving team boss in Scotland’s history.

“My Dad loved his time at Oldham. This is a really special time for me and for the family,” said Steve.

Also receiving their Heritage certificates on the pitch at half-time were Wilde and the Roughyeds legend Murphy, who made a post-war club record 462 appearances as a speedy full-back between 1966 and 1982.