You are Here: Home » News » Flat caps out for chance of film role

Flat caps out for chance of film role 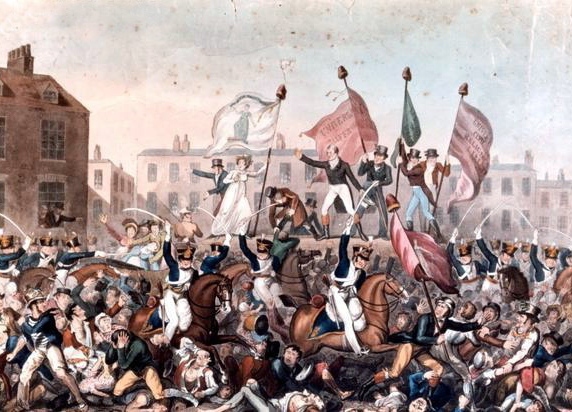 A PAINTING of the Peterloo Massacre

HAS a hard life in the north left you looking tired and over worked?

Then you may find an opportunity awaits you on the big screen.

It may be stark contrast to the unblemished stars of Hollywood, but that is the call to be an extra in Mike Leigh's new film.

The call for extras from Piece of Cake is looking for northerners who are tired, over worked and had a hard life to appear in the film which is based on the 1819 Peterloo Massacre in Manchester.

"For Peterloo, we want them to look pretty hard done by. Times were hard in 1819," Alexandra Pickford, a director at Piece of Cake Casting, told the i.

"We are looking for gentlemen with longer, collar-length hair.

"They should ruffle their hair and bring it forward for the photo, and look really miserable, pretty downtrodden."

The massacre occurred at St Peter's Field on August 16 1819 when sabre-wielding cavalry cleared 70,000 men, women and children who gathered from across the area, including an estimated 10,000 from Oldham, to demand the reform of Parliamentary representation.

The exact number of those who died on August 15 is unclear but estimates believe between 10 and 20 died, five people from the Oldham area among them, and hundreds more were injured.

The film's release is expected to coincide with the massacre's 200th anniversary in 2019.