You are Here: Home » News » In memory of Arena angels

In memory of Arena angels 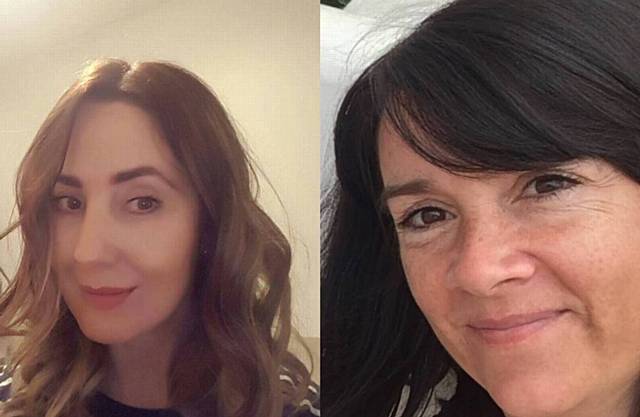 MEMORIAL benches in honour of two much-loved Royton mums who lost their lives in the Manchester Arena terror attack will be unveiled next month.

After a long campaign, fundraisers have secured cash to erect two new benches and a memorial stone at Royton Park in memory of Alison Howe and Lisa Lees, who died in the May 22 bombing.

The unveiling is set to be marked with a fundraising party, with Manchester comedian Jason Manford confirmed to be attending and cutting the ribbon on September 24.

There will also be performances from a variety of singers, bands and dance schools alongside a bouncy castle, fairground rides, face painting and an auction. Keeley Berry, who started the fundraising appeal for the memorial benches, said: "I began the fundraiser because the Manchester attack really rocked me, like a lot of us locally.

"As I've done many fundraising events before I thought it would be a good opportunity to do one again but this time for two memorial benches.

"I spoke with Lisa's and Alison's family who have shared their gratitude.

"I hope the bench will give mainly their families somewhere local to go to remember their loved ones, forever, and for us all to go and remember them by."

In total Keeley, a singer, raised over £1,200 through a JustGiving page and began getting permission for the new benches from Oldham Council.

The tribute will be erected shortly before the Party in the Park fundraiser and will be officially opened on the day.

The event will be headlined by former X Factor star Christian Burrows, who appeared in the 2016 TV singing competition.

Radio DJ Dave Sweetmore will be the host on the day and a variety of artists including Johnny Harper, Suzie B, Sean Duffy, Adele Taylor, Lee Gibbons, Joey Matthews and Hayley Jane have already signed up to perform.

Other entertainment will include face painting, refreshments, bouncy castles and food.

Entry to the event, which starts at 1pm, is free however there will be donation buckets in and around the event.

Keeley, who will sing a duet with Jason Manford on the day, added: "We're estimating 2,000 people will be there so it's going to be a huge event.

"ITV are coming down and filming some of it for their new documentary and there will be loads of entertainment on offer.

Keeley has previously raised money for for The Christie and the "Jamie's Something Special" fund in memory of Shaw gas blast victim Jamie Heaton.