You are Here: Home » News » Six businesses to earn a crust at former bakery site

Six businesses to earn a crust at former bakery site 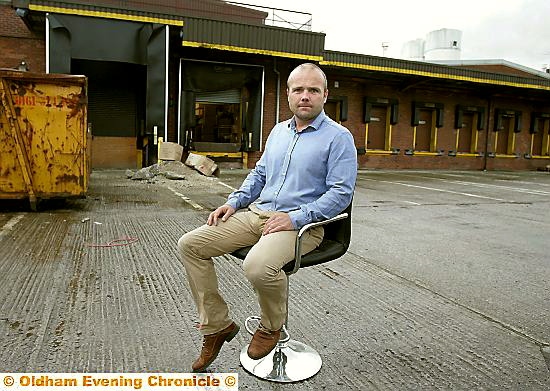 Ryan Lee of Lakeland Furniture at the former bakery site

THE Warburtons bakery in Shaw is set to become a haven for family businesses.

UDUNK, which bought the building two months ago, has submitted plans to convert the closed factory into six units.

Three family businesses, including a vegetable oil manufacturer, a scaffolding company and a furniture company have already signed up. Another is due to confirm the fourth unit, leaving two to fill.

Shaw and Crompton Parish Council planning committee has already recommended approval of the scheme. Oldham Council will have the final say.

Parish councillor Dave Murphy said he would always welcome new businesses into Shaw: “We are lucky there are plans for the building to be brought back,” he said.

The application has received some objections over access and traffic noise - or the lack of it since the bakery closed. The site’s owner says traffic noise will be minimal compared to that of the bakery.

Ryan and Sam Lee, who run Lakeland Furniture, have moved into the factory from a smaller unit in Shaw.

The company, which imports furniture to sell online, thinks the move puts them in a better position to attract customers.

Ryan said: “It’s great the building is being put to use and not left empty. We’re pleased because we’ve got a better area to work in.”

Lee Wilson, a director of Willscaff - which works in Oldham and across the north west, agrees: “It’s a better area and we’ve got more room,” he said. “We used to rent but we’ve bought the unit now. It’s good to see other family businesses are moving in.”

UDUNK owner Terry McNicholas said: “This is one of many large sites I have bought and split into smaller unitsor small businesses. These companies are the backbone of this country.”

Over 170 employees were transferred or lost their jobs when the 73-year-old bakery closed in January.